I think prologues are a bore, with a whole lot of words that appear to be thrown on the page so the author can avoid getting down to the business of writing the story. But hey, in the interest of form and yes, to avoid starting the first sentence of the story which is now fully outlined, I insert a prologue. I will use the prologue to accomplish three things: provide some “metadata” about the tale (won’t call it a book or a novel: I’m calling it a tale); violate my long-held rant prohibition on a topic that will be included in the tale; and provide the reader with some insight into the workings of this author’s conscious and unconscious mind. So with that: the prologue.

OK, metadata. The story of the tale. The title is 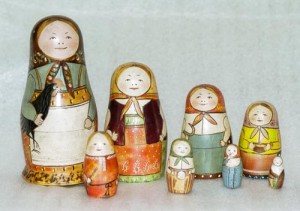 Matryoshka, which is Russian for Russian dolls. I’ve been interested in Russia since before the end of the cold war. A long time ago, I went to a church weekend somewhere as a representative of

United Methodist Women. One of the speakers spoke about Russia and the ‘real’ country versus the propagandized behemoth of evil we’d been led to perceive. I created a presentation for those other Methodist Women in Leesburg, GA in 1989, just before the “fall of the wall”. I believed

Mikhail Gorbachev to be either the devil incarnate or the second coming of Christ when he first hit the airwaves. Was he for real, or leading us down the garden path to oblivion? So the rest is history, and I’ve never lost my interest in the country. So now in retirement, I contemplate a visit to the

Winter Palace at St. Petersburg as the star of my bucket list. Probably not the best time to visit right now, eh?

So I knew Russia had to be included in the story. But what about the dolls? I had a dream in November of last year, and the result was putting a heading on a Note in my Iphone “Russian Dolls”. Didn’t know why; I just felt compelled to do so as the beginning of something. One should always follow one’s dream instincts, don’t you think?

Six months later, after including Stephen Hawking and Neal deGrasse Tyson in my Netflix viewing, a kernal of an idea began to form about what I wanted to talk about in this tale. Time and life. Little topics. But was that enough? Nope. But for that you can blame Charlie Rose. I love Charlie Rose. I believe he is the best interviewer since

Oriana Fallaci. Google her. Charlie had Donna Tartt as a guest and she mesmerized me. She talked about her book, The Goldfinch. She said it took her 10 years to write. It’s 778 pages long. I found this very freeing. A book can be long and it can take a long time to write. I got the book from the library and read it. It also turns out to be a book selected by my book club. So I will lead the discussion about it. There are no coincidences, are there? So with that inspiration, I put together an outline and included a bunch of stuff that I both hate and love.

Matryoshka will be about time and move about between time intervals. It will be about real life. Is life real? It will include Miami, Cuba, a bit about baseball, about which I share a passion with my nephew Michael, obviously Russia, hydraulic fracking, Mars colonization and some cosmological notions. I am using Matryoshka as a metaphor, from both a writing perspective and within the tale, because isn’t life a puzzle? I love puzzles: jigsaw, crossword, logic – all kinds. And life is a puzzle because when you think you are grown up and understand it, you find out how little of it you really do comprehend. So a child plays a big role in the story. My granddaughter muse Emily is my inspiration for a big part of my notion, with her love of computer games. She helped me when I was stuck at a critical point in the tale.

I have no intention of seeking the approval of some publisher for my tale. What would be the point of that? I am happy in retirement, am reasonably comfortable financially, assuming the real estate market doesn’t tank again, and have no need to participate in that grinding process of manuscript submittal. Instead, I’ll follow Charles Dickens’ lead and serialize the tale on my blog. So the Prologue is installment one of the serialization. I will include pix from the internet, because without publication and therefore profit, I can add anything I want, eh? Works for me. Because endless text really is a bore. Dickens had illustrations in his stories that were 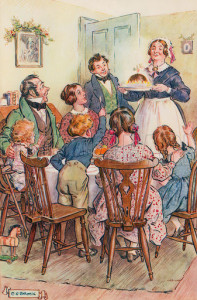 Now the rant I promised. I’m deeply concerned about 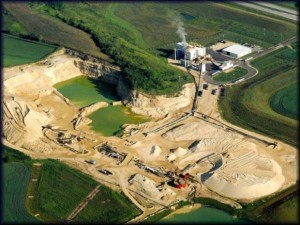 hydraulic fracking. This ‘new’ technology uses unbelievable quantities of water, and likely pollutes the adjacent groundwater as well. So why is this OK? Because we are so bloody short-sighted as to think that becoming energy independent via hydrocarbons is the answer. I believe it’s as much the answer as slavery was to the economic vitality of young America. What price is to be paid for our short-sightedness? Maybe the end of life as we know it. Exaggeration? Maybe … but you’ll have to read the story to find out. That’s enough of a prologue, don’t you think?