I’ll be sharing my thoughts on things economic from time to time – read on, but be aware: contrary to the home page, these will be in chronological order, i.e. oldest first. But I think I prefer it that way – since the economy is developing the same way, along with the political realities of life on this blue orb. So gird yourself up for a long ‘un – here goes… 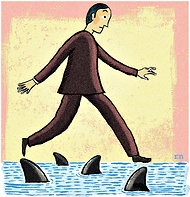 My favorite columnist lately is Ambrose Evans-Pritchard, currently posted in China. This article is what got me going as his ardent fan. You can do a copy & paste if these links don’t light up for you:

Now he writes about China taking a pass on the bank run in Spain:

It would appear that China is keeping its purse strings shut in the wake of the need to recapitalize Spanish banks, hung over from their version of the real estate boom…over 25% unemployment in Spain, and nobody left to lend them out of their hole. How will this all turn out? As you will have read from these two articles, it will be left up to the combined efforts of Ben Bernanke, Tim Geithner (who is likely leaving after the election, even if Barry wins) and Angela Merkel to answer that question. Everyone is waiting for somebody else to do something. Why is this so, in the wake of impending disaster? Because it’s an election year, and the idea of giving money to ‘those people’ over the ocean – whichever people and whichever ocean – is as popular as a skunk at a garden party for every political power. But the reality is, the disaster will affect everyone, because – yes, Virginia, it really is a GLOBAL economy. If you’d like to know more, read “Every Nation for Itself: Winners and Losers in a G-Zero World” by Ian Bremmer.

Another piece I liked this week came from Jack Goldstone in The Atlantic:

This makes a lot of sense to me, and adds a dimension of logic I hadn’t seen before in the financial blogosphere. So, if you put all this together, it paints a picture. The challenge is to figure out what the picture depicts. Here’s my go at it.

Let’s go back to the most recent history that has a similar appearance to the present: the period from 1929 to 1936. The ‘roaring’ twenties were a period of high leverage for stocks, and farmland in the U.S. They were a period of post-World War I political upheaval for Germany, France, Britain, the former Austro-Hungarian empire, Russia and the former Ottoman empire. After the crash, the world’s economy was depressed with high unemployment, loss of fortunes and political unrest to varying degrees, depending on the governmental response. The western world: Britain, the U.S., France and Germany should have led the way out of this depression. Instead, they stuck to the gold standard, which in large measure prevented those governments from addressing the fundamentals of deflation, causing widespread suffering across the globe. What’s the connection between the gold standard and the suffering? In essence, every country tried to improve their economy at the expense of the rest. Sticking to the gold standard kept the exchange rates between currencies fixed, essentially binding everyone together in mutual misery. In addition, each country raised tariffs, essentially in order to make their exports cheaper than their neighbors. The intent was to improve their balance of payments at the expense of the other guy. But when everybody did the same, it effectively killed international trade.

So who was the country/leader that saw the problems and took steps to resolve it? Was it the redoubtable Franklin Roosevelt? Nope. The inestimable Winston Churchill? Wasn’t even in charge then. Nope – it was Adolph Hitler, the newly elected Chancellor of Germany. After he took power in 1933, he effectively took Germany off the gold standard, stopped paying his war reparation debts to France and Britain, and effectively devalued the mark to make all his other debts go away. He then took money he didn’t have, and put the German unemployed to work making – Volkswagens! He literally put a chicken in every pot.

So what am I saying – that we need another Adolph Hitler to save the world? Oh, God forbid, but yes: that’s what I am suggesting is likely to happen. Not the Adolph Hitler of the concentration camps and blitzkrieg, but the Adolph Hitler that took radical, unprecedented steps to address the economic malaise of his country will likely emerge. Hitler’s predecessor’s response to Germany’s economic woes was to institute austerity measures. The elite in Germany considered him a buffoon that would flame out when his crazy ideas came to naught. But essentially Hitler, thru the use of so-called MEFO bills (off-balance sheet loans – sound familiar?) resurrected Germany’s economy and rearmed it as well, in violation of the Versailles treaty. This gave him the resources to carry out the blitzkrieg, and the rest is history.

In 1945, with over 45 million people dead world-wide as a function of his policies (I got that number from “How Do you Kill 11 Million People?: Why the Truth Matters More Than You Think” by Andy Andrews on page 13), the world forgot about how he started and condemned the German people for two generations. Now it’s entirely possible that a similar ‘leader’ will emerge out of the current economic malaise. Maybe that leader won’t be from Germany, as Ms. Merkel – a physicist who grew up on the east German side – is a proponent of austerity. It likely won’t be of the Venezuelan Cesar Chavez or Christina Fernandez de Kirchner of Argentina. These two have nationalized everything in sight, leading to shortages, tariff increases and general mayhem. I expect the leadership will likely come from Asia, with the two likeliest sources being Russia or China.

That’s all I’m giving you for today – it’s long enough and I’m going to play golf with Colter this afternoon. Hope it doesn’t rain! Ciao…