With the assignment complete and awaiting the necessary passage of time to make it look ‘real’, Van decides to reward himself with a day at the movies. He usually slips into the cineplex for the early matinee, bringing his own snacks in his ‘man-purse’. He actually tries to look gay when he goes past the ticket taker, so there’s no issue with searches for contraband. The current contents of the man purse are his wallet, a bottle of Amstel Light, chilled to nearly frozen that morning so it would be Ok to drink by movie time, a bag of crispy cheetos (smaller than usual to fit) and, of course, a 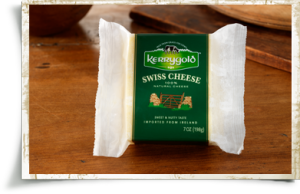 Kerrygold Swiss Cheese sandwich on Pepperidge Farm oatmeal bread with a little garlic aioli and a slice of dried tomato. Perfect meal. After 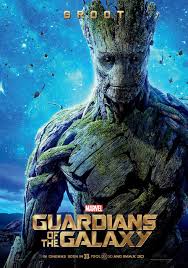 Guardians of the Galaxy finished, he sauntered over to 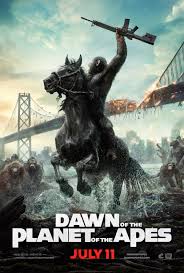 Dawn of the Planet of the Apes, which had begun about 5 minutes before. When that movie was over, he tried getting into 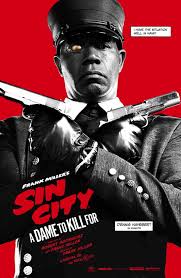 Sin City: A Dame to Kill For, but some pimply-faced usher kid asked to see his ticket, and when Van showed him the stub for Guardians, the kid had the audacity to tell him he had to leave! Somewhat bored by this non-stop cinema viewing anyway, he decided to avoid a scene, and walked out into the bright sunshine. He glanced at his watch, and then mentally thanked the kid for doing what he did, because he remembered he had an appointment in fifteen minutes with his therapist. He hopped on the bus which had him in Midtown in 15 minutes. “I’ll be on time for a change,” he thought to himself. He walked into her office building, took the steps to the second floor, and walked into the therapist’s small but tidy office.

He saw this therapist Nancy twice a month, which frankly was all he could afford. She was fine with that, being a little down on her luck with clients since being a strict Freudian wasn’t so popular these days. Nancy was also a naturalpath on the side, always pressing her latest supply of 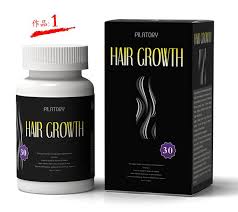 tonics, unguents and capsules on him, to assist weight, disposition and hair growth. None of these remedies had any effect, possibly because Van never stuck with any of them for more than a day or two. But just like Sarah before her, Nancy patiently tried to get Van to apply himself to something useful. At least, unlike Sarah, Nancy didn’t compare him to a collection of motley movie misfits. “That would be most unprofessional on her part,” he thought to himself.

He sat down for his 30 minute session with Nancy, detailing his latest assignment which he’d entitled “Who Killed Kitty Genovese?” The conclusion to which he’d come was a typical Van notion: “Everyone and nobody killed Kitty. It was the place; it was the time. Shit happens. Ya know?” At least he didn’t subscribe to his imaginary cop’s musings about her punishment for being a Catholic lesbian. He was way more open-minded than that. Nancy was old enough to have heard of Kitty and the myth surrounding her murder. She even added a thought that, if he’d been more ambitious, he might have explored in the piece. “Is it possible that some of us are just born to become victims? Like it’s embedded in our subconscious id to sacrifice ourselves so that society can benefit from our demise?” Van thought that was a bunch of Freudian psychological claptrap, but he tried to look interested and thoughtful as she spoke. He then launched into his usual whining about everything: his work, New York City cab drivers, the quality of movies and television today, and finally his favorite subject – his mother. Nancy ate that stuff up with a spoon. Van saw these sessions as a way to relieve his anxiety, rather than thinking in terms of healing or self-improvement. He believed he was doing Nancy a favor by dishing up these lurid tales of psychological – and even occasional physical – abuse at the hands of this 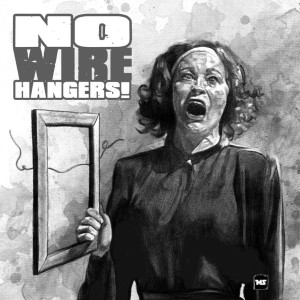 “Mommie Dearest” woman called Maida. Most of the stuff he told Nancy was fabricated, a fact which Nancy clearly did not discern. At the end of the thirty minutes, relieved of whatever energy Van normally put into thinking about things that irritated him, he took the subway back to his apartment.

When he got home, he pulled open his mailbox in the foyer, which seemed to be getting rattier ever day. In it was the Con Ed bill (to be paid with the Discover card), a note about a new dentist having arrived in the neighborhood – black, naturally – and finally a letter from his alma mater, Northwestern University. Van had graduated from Northwestern 3 years before, having written what he thought was the great American novel as his senior thesis. He considered it to have the emotional punch of a 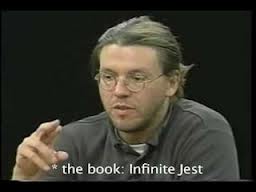 David Foster Wallace, with the depth and energy one saw with Jonathan Franzen’s 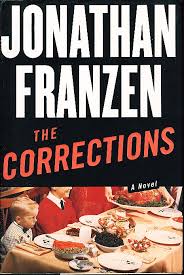 The Corrections. But when HarperCollins and Simon & Schuster both turned him down – both very politely – he thought maybe the time just wasn’t right for his quality of fiction. He turned to freelance work in the interim, until the world was ready to see the genius behind his work.

As he entered his front door, he tore open the letter from Northwestern. It was a combination invitation to an alumni gathering (who can believe that 3 years have passed!) and a request for donations. He tossed the whole thing in the garbage, and went into the kitchen for an Amstel Light. He noticed his supply was running rather low, so a trip to the local market was in order to restock. He flopped himself into his leather chair, took a long pull on the Amstel, and picked up the remote. Within fifteen minutes, he was fast asleep. Another stimulating and exciting day in the life of Evan Vance Collins. Just before dropping off, Van promised himself he’d wait another two days, and then drop the piece off to Melissa with an invoice for the $1,500. Maybe she’d forget about the $250 advance, or give him another assignment and the advance would ride. He warmed to that thought, as his eyes fluttered shut and he was out for the evening.