Dear Sir, poor sir, brave sir.” he read, “You are an experiment by the Creator of the Universe. You are the only creature in the entire Universe who has free will. You are the only one who has to figure out what to do next – and why. Everybody else is a robot, a machine. Some persons seem to like you, and others seem to hate you, and you must wonder why. They are simply liking machines and hating machines. You are pooped and demoralized, ” read Dwayne. “Why wouldn’t you be? Of course it is exhausting, having to reason all the time in a universe which wasn’t meant to be reasonable
― Kurt Vonnegut, Breakfast of Champions

Emily finally finished the section of program she was developing, turned and looked at Cecilia. “Gosh, where do I start?” she mused aloud. She began to speak, as much to herself as to Cecilia, as the girl never took her eyes off her computer monitor. “I developed this latest Matryoshka using 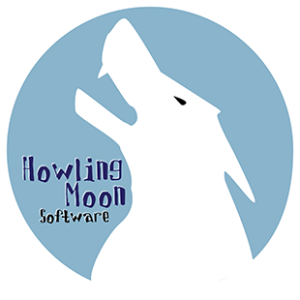 Howling Moon software. That’s a pretty old and established platform, which is why I like to use it. No buggy surprises, if you know what I mean.” Up to this point, Cecilia had followed about every fifth word of what Emily had shared. Her Matryoshka? Howling Moon? Buggy surprises? But she let the girl continue, hoping to catch some clues along the way. Emily glanced over at Cecilia. “Do you understand what I’m saying?” Cecilia nodded, just to ensure the girl stayed calm, in light of the Avatar Javier’s coaching. “I was establishing a baseline of data for this area in Florida, and I brought up some of the history files. I thought the stuff about the Cuban missile crisis was kind of cool, so I played with it some. You’re allowed to do that, within certain limits. You can have a game inside a 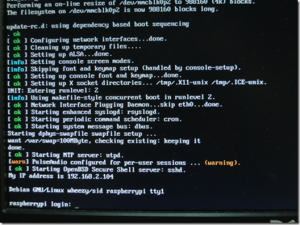 program, you know? It keeps the writing from getting too boring. Are you with me so far?” Cecilia interpreted that Emily was playing a game inside of writing a program. So that explains almost nothing, but again she nodded. “So I’m playing this game that’s sort of like that really old game 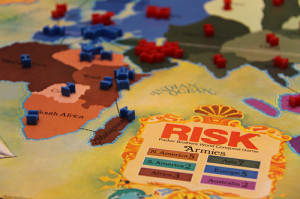 Battleship? Or was it Risk? Oh, wait – Risk uses armies. It’s Battleship. Do you know that game?” Cecilia was aware of the game, so she nodded, more vigorously this time. “Anyway, I’m playing this game and I forgot about those 4 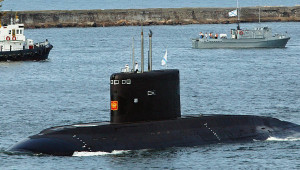 submarines in the Sargasso Sea being diesel-powered…funny how little details can make such a difference, huh?” Cecilia considered what Emily said to be the most significant understatement she’d heard so far.

“So when the game started to get out of control and the nuclear exchange began between Miami and Havana, I did an instantaneous reboot. That just stops the game, but doesn’t affect the Matryoshka, because the game is a nested, discrete element. But I got a warning from the Sys Op about it anyway. I guess he picked up on what I’d done. See, Howling Moon has these rules about not destroying stuff. I got that warning, so I had to go in and erase that day from the Matryoshka. Otherwise, I’d have left a trail that a devious person could use to generate a nuclear exchange in their Matryoshka. If that happened, and they traced it back to me, I’d be 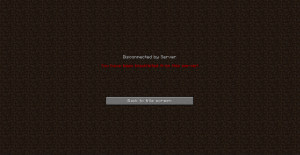 permanently black-listed from that server, and the Sys Op would have deleted my Matryoshka. And that would have been all she wrote for you, my dear Cecilia. Hey, that’s a pretty good play on words. All she wrote…ha ha!”

Emily continued with her explanation. “I thought nobody would miss a day’s worth of data for just two lat/long polygons. But it appears I was wrong, huh? Hello?” Emily was tapping her headset. Cecilia thought that meant Emily expected her to say something. “Um, can I just ask you a question?” Emily responded, “Sure. What?” Cecilia replied, “What’a Matrooshkah?”

Emily frowned, then rolled her eyes. “Wow – that’s pretty basic. I guess we’d better start with a visual.” Emily walked over to a desk behind the green loveseat at right angles to the one where Cecilia was currently seated. She picked up some brightly colored pieces that appeared to be dolls, brought them over and set them on a trunk that served as a coffee table. “This is an actual Matryoshka. They’re Russian nested dolls See?” Emily placed each doll into a successively larger version. “Ok, see the dolls are like a metaphor for the way these programs are written. Instead of random characters walking around, really advanced programmers like me develop these worlds where the characters and their stories weave together with intricate connections. So..” Emily took the dolls apart. “This 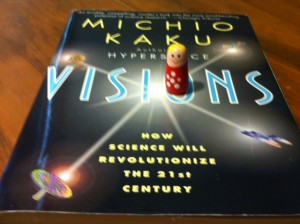 first one? That’s you. My Grandmother helped me create you.” Emily put the smallest doll into the next larger one. “Then we worked together on the 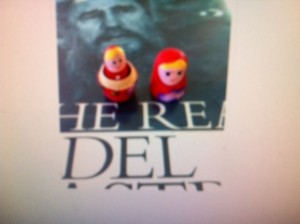 next one – that’s your grandfather. I’m really sorry he died, but it was a way for me to expose you to your family roots. That way you got to go to Cuba and meet your Abuela and your cousin.” Emily took the two nested dolls and put them together with the third one. “This next one was 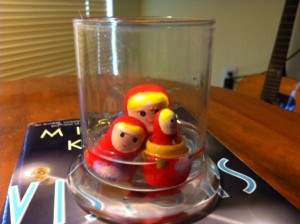 Dr. Kardashev. Sending you on that trip to Russia because of the water shortage was a way for you to find out about that family connection, with Magda, Juan and Manuel.” Emily took the three nested dolls and lined them up next to the fourth. 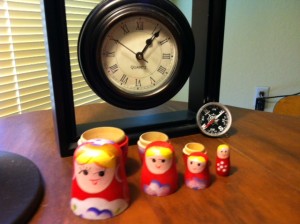 “This is me! That’s why I’m really better than most programmers – I put myself into the Matryoshka! That’s like really advanced, because sometimes it really blurs that old reality line, you know what I mean? That can drive a programmer crazy!”

Emily looked at her expectantly. Cecilia sat in stunned silence. Finally, she found her voice and said, “So what you are telling me is that I’m…you…that you created me?” Emily shook her head. “No – not me. Grandma really gave me the original idea, just to get the Matryoshka going. We worked together on your grandfather, and I created Dr. Kardashev. And of course, I’m me!” Emily grinned at her, as though what she’d just said was an everyday element of conversation.

Cecilia shook her head, as though to wake herself from a dream. “But that’s not possible! I’m real!” Dr. Kardashev is real! He invented the theory of civilization classification based on growth and energy.” Cecilia pointed at the book, Visions, upon which her tiny doll stood. 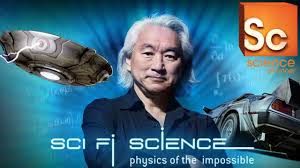 “Michio Kaku talks about Nikolai in that book!” Emily nodded, her face beaming. “Yep. It’s all in the program. See the subtitle on the book’s cover?” Cecilia looked down at the book. The subtitle read, “How Science Will Revolutionize the 21st Century.” Emily said, “That was supposed to be a hint. I’ve dropped hints all through your life and experiences! Apparently Grandma and I made you a clever enough creation that you could put all the pieces together. Now that will definitely put me in the Programmers Hall of Fame! I created an Avatar that achieved self-awareness. And Grandma didn’t believe me the other day. Hah!”

Cecilia said, “Emily. I find this all very amusing. OK, where’s the camera? I’m … what do you call it? I’m punk’d!” Cecilia looked around the room, in a vain attempt to find the hidden lens that would reveal all this to be a charade of maximum proportion. But Emily just shook her head. “Nope – this is for real. Oh, ha, ha! I made another joke! It’s for real that you’re virtual!” I’ll have to use that somewhere. Look, Cecilia, you’re a cosmologist, right? Remember that conversation you had with 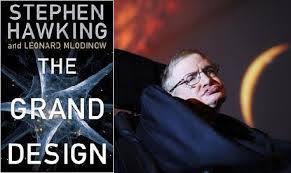 Stephen Hawking? And yes, he’s virtual too…oh, please, don’t get me started about the programmer that created him! Programmer’s screen name is Cosmo Topper. What a pain in the ass! Oops – don’t tell Grandma I said ass. That’s a bad word used in that context.”

Cecilia inhaled deeply. “So the conversation with Nikolai and Stephen was real – not a dream or a hallucination?” Emily looked thoughtful. “Cecilia, you are just not gettin’ this. Real…virtual…hallucination…it’s all the same. You are an avatar in a Matryoshka of my and Grandma’s creation. That doesn’t make it any less real to you, now does it? You will continue to live your life, have adventures … and now you’re likely to have a great deal more control over what happens to you. I’m not sure – this self-awareness thing is new for me too. But we’re in this together, and together we will carry on, yes?”

A glimmer of acceptance was beginning to play around the edges of Cecilia’s mind. She did accept the notion of model-dependent reality, at least in theory. But now that she was in the midst of that awareness as it pertained to her, it felt very, very different. “Let’s say for argument sake I believe what you’re saying. If I tell anybody about it, they’ll lock me up in the insane asylum, won’t they?” Emily thought for a minute. “Probably. Yes, definitely. They’ll say you’re suffering from something they call the 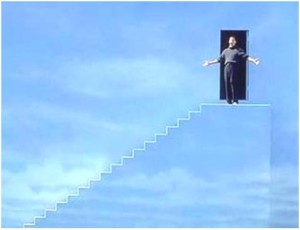 ‘Truman show delusion’ after some old movie from the late 90’s.” But why tell anybody about it? Why can’t you just accept it and go on as before? In fact, you’ll be much better off now that we can actually communicate with each other! Take this problem you were sent to solve – this water shortage. That’s a real problem that could lead to another nuclear exchange, in some other programmer’s Matryoshka if it continues. So let’s make a deal. You go back to where you were in Russia, pick up where you left off in this mission, and then you, Dr. Kardashev, Huntsman and I can solve it together.” Cecilia interrupted her. 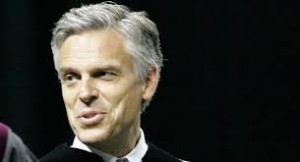 “President Huntsman is …?” Emily sighed, once again rolled her eyes, and said “What do you think? Duh! Bits of code…bits of code..but one of my better creations, I think.” Then the girl’s face brightened, and she pointed at the headset, with a microphone next to her lips. I’ll help guide you through this crisis, we’ll get it solved, and then you can come back and I’ll introduce you to Grandma! She’ll get a big kick out of meeting you.” Cecilia nodded in agreement. Why not play along? What did she have to lose? That remained to be seen.