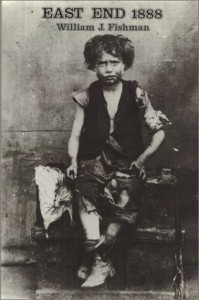 East end of London 1888. The thick fog hides the actions of the one who calls himself 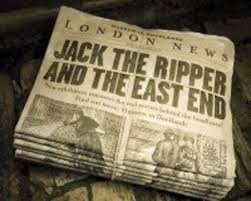 Jack the Ripper. Annie Chapman makes no sound as she slides to the ground. Her 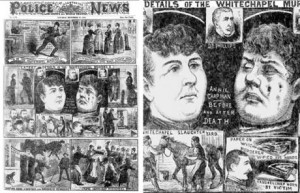 body is found just hours later. And so begins the killing rampage – five in all – of the evil Jack. Although many are suspected, none are caught. Five unsolved murders of poor, vulnerable women struggling to survive alcoholism and spouse abuse through prostitution.

Then it stops. Some think Jack emigrated to 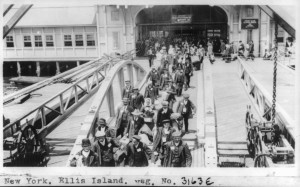 America, and picked up the rampage there. But that’s the fodder for the cable channel you watch when you have insomnia. No proof. Never any proof. 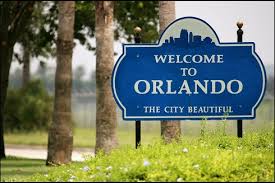 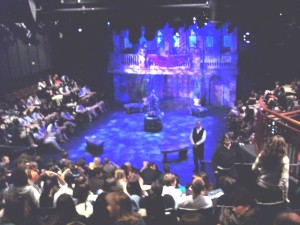 World Studios. The action on stage is a reenactment of the murder of Annie Chapman by Jack the Ripper. Today’s performance is just concluding. The actors are removing their costumes and makeup backstage.

The girl that plays Annie Chapman stops the stage manager in the hall.

“Billy, can I show you something?” 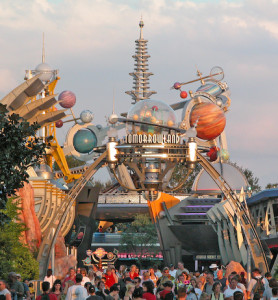 Tomorrowland, doing the voiceover for the 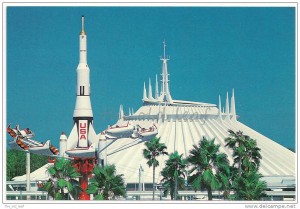 Jilly Amberson opens the bodice of her costume. Two deep scratches have been etched into her chest between her breasts.

“The newest Jack did this to me. What’s his name? Tim? Anyway, I whispered to him that he was getting rough, but frankly, Billy, I think the guy was getting off on it. It really creeped me out.”

Billy needs a complaining actress like he needs another ex-wife.

“Look, I’ll talk to the guy before next Tuesday when you and he perform together again. Okay?”

Jilly replies, “But Billy, what about the other girls – the ones that play the other victims? I’m afraid they’re going to get hurt too. I think you should…”

Billy grabs Jilly’s shoulders and gives her a deadly look.

“Keep complaining about other cast members, and you’ll find yourself in a 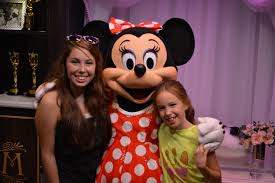 Minnie Mouse costume, roaming around the Magic Kingdom. Be happy you’ve got a decent gig, even if it isn’t exactly prime time. Okay?”

Jilly gets the message loud and clear.

“Sure Billy…I get it. Have a good afternoon.”

Billy begins to walk away, frowning now that he knows he’ll be late for his next job and likely be docked an hour’s pay. This wasn’t exactly what he had in mind after graduating from 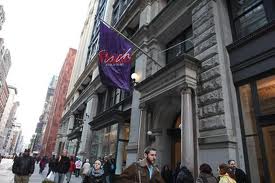 NYU Acting school. But the student loan monster has to be paid – as well as money for the harpy formerly known as Mrs. Billy Brewster. He looks back over his shoulder to see Jilly still standing there, looking at him.

Billy thinks to himself, “Shes gonna be a problem. But she’s pretty good at the physical part of the job – good legs too. Wouldn’t mind having them wrap around me a couple times…I’ll have to think about that later.”

Feeling more generous towards her after these fleeting thoughts, Billy gives her a thoughtful look.

“Besides, Jilly, let’s be honest. The audience likes the rough stuff. But I’ll get Tim to trim his fingernails.”

Billy walks out the back door to the theater. Jilly returns to the dressing room, thinking about how she’d feel in the hot Minnie Mouse getup. She changes into her jeans and t-shirt, and leaves by the same door, hoping to avoid any contact with Tim the Scratcher. She gets into her 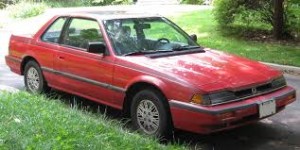 Honda Prelude and drives off, planning to send an e-mail to her sister actresses in the show. But then she remembers Billy’s warning, and decides that it’s every East End hooker victim for herself. She stops at 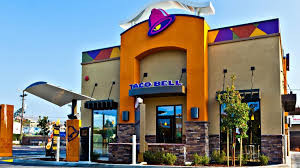 Taco Bell and gets two beef burritos and a Dr. Pepper. Gnawing on the delicious mess, she drives home and parks in the slot in front of her second floor apartment. She runs up the steps, throws the paper and cup into the trash, and retreats to the bedroom for a shower and a nap.

“I’ll think about this later – I’m too tired to deal with it now.”