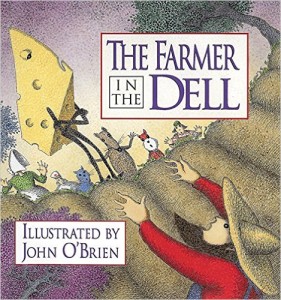 This will be my magnum opus of a series of stories, not unlike Paul Scott’s The Jewel in the Crown series.

Part I starts with a murder/suicide involving an ex-pat Special Ops veteran currently living in India. An investigator who looks like Alec Guinness as Smiley (as opposed to Obi Wan) and his sergeant named Naveen are sent to investigate. The time is 2016. The investigator named Alec has lived in India since he was a child, his grandfather and father having been in the British Army. The Cheese stands alone has a double meaning. A cheese making facility figures into the plot, run by a woman with an interesting and sinister background. Of course “The Cheese stands alone” is a line from The Farmer in the Dell, so that will figure into the plot for the Special Ops guy, Alec and Naveen. All of them – without realizing it – are going to relive experiences from their past, that will culminate in the climax for Part I. Along the way, there are flashbacks of the wars in Iraq and Afghanistan, the Raj in India and World War II where Alec’s father has been put in a prisoner of war camp by the Japanese as a teenager. Everyone has scars that they pass down to the succeeding generations, and these men are no exception to that rule.

The word “dell” comes from the Dutch and means Wooded Valley. A wooded valley figures in flashbacks for the Special Ops veteran and for Alec. Naveen’s experiences arise from being a Sikh, and losing both his parents in riots that the current Prime Minister Modi figures prominently in.

Along the way, the history of India will be recounted, through the men’s experiences, as well as the woman cheese farmer. Subsequent parts will return to the time of the struggle for independence, partitioning and the assassination of Indira Ghandi. I expect this opus to take several years to complete. But I’m up for it! Be prepared to learn about the land, the people, the religions and the food of India. Yes – always have to include the food, eh?

Cheese making involves separating the curds from the whey. Curds & whey: Little Miss Muffet. Another children’s rhyme that will figure into the plot. Then there’s likely Humpty Dumpty – Itsy Bitsy Spider – all the rhymes and stories in the original Mother Goose Series.