Alan sat in his wooden camp chair on the ghat near the pavilion to try to stay in the shade. He glanced out over the River, where mostly 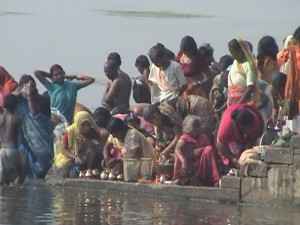 mothers were washing pots and chatting with one another about the day’s events. It was a lazy afternoon, and Alan had been well fortified with the Jameson Irish in his

flask. His head drooped as he let the calm wash over him, and he dozed in the afternoon warmth.

He felt a light tap on his right shoulder. Thinking it was one of the beggar children that normally accosted him, he waved his hand as though to swat a mosquito. A soft voice interrupted his reverie.

“Sir, I need to speak with you. It is a matter of some urgency.”

Alan’s eyes fluttered, as he glanced up and to his right. The glare of the sun behind the figure obscured his view, but Alan knew who it was. His sergeant,

“Yes, Naveen, what is it? Another kidnapped goat from the Malgodam Road?”

“No, Inspector George. There has been a report of shouting, followed by two gun shots coming from Satti Masjid Road. We have been asked to investigate.”

Alan shook his head softly, annoyed that such a thing could happen at the end of his work day.

“Naveen, why isn’t Ajit going to see about this? I saw him come in as I was packing up to leave.”

Naveen shifted his weight to his other foot.

“Sir, you know that there are many British and American living on the Satti Masjid Road. The anonymous caller indicated the noise came from the house of one such person. DCI Jayashankar asked me to fetch you to investigate. I’m sorry, sir.”

Alan straightened up his hat that had fallen askew, and rose to fold up his chair and pick up his bag. The flask fell onto the 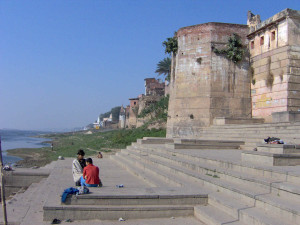 ghat. Naveen picked it up, and handed it back to Alan without comment. Alan stuffed it into the pack, zipped the top and sighed. Naveen winced, reacting to the sweet odor of the whiskey. Naveen was a dedicated non-drinker, non-smoker – non-everything. His work was his life.

Carefully, Alan climbed the steps to where Naveen had parked the

Tata Sumo. It was a short drive to the address the anonymous caller had provided. Alan and Naveen walked to the front door, and knocked.

There was no response. Naveen pounded on the door again.

“We have reports of violence coming from this household. Please come and let us come in to investigate.”

A dog began to bark from somewhere behind the house. Alan nodded at Naveen, who turned the handle of the front door. It was unlocked.

Naveen removed the truncheon from its strap at his side. He gently turned the handle, and Alan followed him inside the house. There was a light coming from further back in the house. They went through the living room and down the hall. The first bedroom on the left was empty. The second bedroom straight ahead was the source of the light. Naveen went left into the room which appeared to be the master bedroom. Alan went straight into what appeared to be a child’s room. There were shelves filled with books, stuffed animals and a 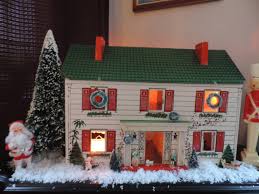 doll’s house decorated for Christmas. The bed was against the far wall to the right. A child was tucked up under the covers. She was a small, curly-haired blonde girl who looked to be three or four years old. The light shown on her face, which looked calm and peaceful. The quilt on the bed had 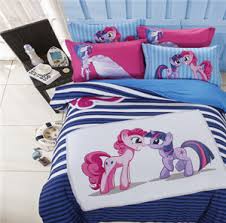 ponies prancing in a meadow – “some kind of American television characters”, Alan thought. Her hands were folded across her chest, and her head lay on a crimson pillowcase. Alan was about to turn and quietly leave, so as not to disturb the child, when he heard a dripping sound. He turned back, and saw that the dripping was emanating from the pillowcase, onto the floor. Alan reached out his hand to catch a drip. He brought it back, and recoiled in horror. It was blood. Alan stepped closer to the child. He looked carefully at her face. A small hole placed exactly between her eyebrows looked like a 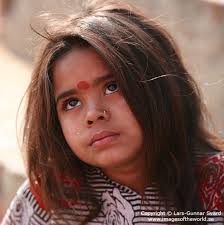 bindi. Alan turned to put on the latex gloves he carried in his breast pocket. Putting the gloves on, he carefully turned the child over to her right side. He sighed, and let the child’s body return to it’s sleeping position. A hole the size of a grapefruit in the back of the child’s head was the source of the blood staining the pillowcase and dripping onto the floor.

As he turned, Naveen stepped into the room. “You need to come into the other room, sir. There is a situation there.”

Alan followed Naveen into the master bedroom. A man’s body was lying on the floor at the foot of the bed. A

pistol was on the floor next to him.

Alan walked over to the wall and turned the switch for the overhead bedroom light. He looked down at the body of the man, who had appeared to put the Beretta M9 into his mouth and pull the trigger. There was very little left of his face, and the pool of blood that had seeped out onto the rug made a red halo around what was left of his head.

Naveen said, “It would appear we have a suicide here, sir.”

Alan replied, “It would appear so. There is another body in the next room – that of a small, female child. But let us not jump to conclusions, Sergeant. Our investigation has only just begun.”