The real voyage of discovery consists not in seeking new landscapes, but in having new eyes
― Marcel Proust

The Secretary rose from her seat, and Cecilia began to rise as well. Secretary Morrison said, “By the time you get home and put your things together, I’ll have a courier deliver a signed, sealed copy of the letter from

President Huntsman to Dr. Kardashev. I’ll have them deliver your copy as well, but given the sensitive nature of these proceedings, you will want to destroy your copy before you depart.” Cecilia nodded in agreement, and began putting her papers back into her briefcase. Colonel Oates was busy disassembling the Holoprezi, as the Defense Secretary and Cecilia walked out of the conference room together. The Secretary guided Cecilia to the elevator, and before the doors open, said “I’m sure, Dr. Vasquez, you realize the vital nature of this mission on which you’re about to embark. I’m confident you will be successful with it.” The words uttered by the Secretary reminded Cecilia of her grandfather’s entreaty that led to her mission to Cuba all those years ago. Cecilia thought to herself, “Abuelo had confidence that I would succeed in that mission – maybe some of that confidence will stay with me this time.” With that, the elevator doors opened, and she walked out onto the first floor. The officer that brought her to the Pentagon was waiting for her by the front door of the building. “Your chariot awaits, Doctor,” he said. “Oh, my, a little levity!” Cecilia thought. That’s a rare commodity around here. They walked together to the 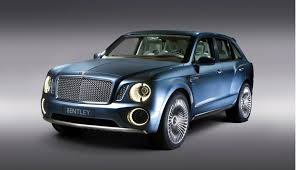 Tesla SUV, and soon Cecilia was back at the airport in Miami, getting ready to return home.

The next morning at 7 am, the front door buzzer awakened Cecilia from a deep sleep. Rubio’s throaty bark seemed to reverbrate behind Cecilia’s eyes as she gritted her teeth and threw on her robe. When she entered the living room, her mother was holding Rubio by the collar, accepting two envelopes from a young man in the uniform of a postman. The man nodded at her mother, and let himself out as quickly as he’d entered. Her mother handed her the two envelopes, yawned and said “I’ll put on the cafe con leche. Rubio! Callate! Callate!” Rubio glanced at Cecilia with those slanted eyes, and then returned to his vigil on his bed by the sofa. Cecilia yawned again, and looked at the two envelopes. One was addressed to Dr. Kardashev with the words “FOR YOUR EYES ONLY” neatly written under his name and title. The other envelope was addressed to her with the warning “BURN AFTER READING”. That message made her think of that old Brad Pitt 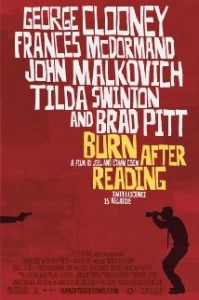 movie about mistaken identity and the CIA. After seeing it, she wasn’t sure whether to laugh or be worried, similar emotions to the way she felt about opening the envelope. She went into her home office, and got the letter opener from the jar on her desk. She slit her envelope open and read the contents of the letter. As Secretary Morrison had indicated, it was an original letter, signed by President Huntsman. It summarized the situation regarding water shortages and concerns about border incursions. Then it asked Dr. Kardashev to participate in planning and delivering a news conference that the President intended to hold at a meeting of the 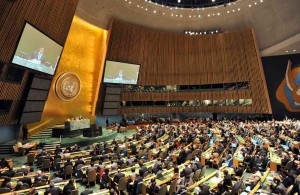 United Nations in six weeks’ time. At that time he intended to ask for international cooperation to fund and support their research into water extraction on Mars, as an alternative to fighting one another for what little was left on the earth. It also mentioned that she was being asked to participate with him as well. “Well, I’m glad I’m not just the messenger, here,” thought Cecilia. But again she was reminded of her mission to Cuba 10 years’ before, and how that effort resulted in some surprising outcomes for everyone in the family.

An additional page in the envelope contained her itinerary and a smart card loaded with dollars and rubles, to offset the costs associated with her trip. The evening before, she had e-mailed Dr. Kardashev to ask him to telephone her when it was convenient. Moscow time was 8 hours ahead of Miami, so by now it was around 4 PM there. Cecilia opened her laptop, and looked at her email. A return message from Nikolai said he would telephone at 5 PM to her cell phone. That gave her an hour to shower, get dressed and make it to the office in time for the call. Given the sensitive nature of the conversation, she wanted complete privacy, and knew Mirabel would help her achieve that at work.

She made it to the office by 7:40. Mirabel was, of course, already there and shuffling some papers on her desk. As Cecilia entered her office, she looked up, saying “Oh, the important Dr. Vasquez has returned!” Her face then took on a serious look, and she asked “Are you in trouble?” What Mirabel really meant was, is our funding in trouble? Mirabel was now the head of research finance for the department, and guarded those assets jealously. “No, we’re OK there. But I need some privacy to talk with Nikolai, uh Dr. Kardashev. Can I use the Department conference room, and can you keep everyone away for about thirty minutes?” These words produced some significant raising of Mirabel’s eyebrows, but she just nodded at Cecilia, and walked over to the conference room door. There was a message board attached to the door with optional messages. Mirabel selected “Meeting in Progress: Do NOT Disturb” and then said to Cecilia, “Will that do?” Cecilia smiled, nodded and walked back to her office. Promptly at 5 PM, her cell phone rang, and Nikolai was on the other end. “Cecilia, my dear, are you well? Nikolai’s voice sounded as though he were in the room next door. “I’m fine, Nikolai, how are you?” Nikolai sighed, and said “Well, my gout has been making it a bit hard to walk, but cutting down on that good 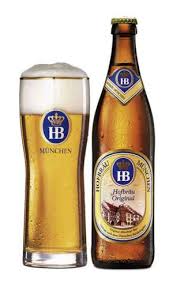 German beer I get from our friends at Max Planck in Munich helps somewhat.” They engaged in similar small talk for a few minutes, and then Cecilia said, “Nikolai, I have some serious business to discuss with you.” Again he sighed, and said “Yes, I know, the problems of funding for the research. I have had very little success convincing our bureaucrats here to loosen their purse strings.” Cecilia interrupted and said, “No, that’s not it. In fact, it may be just the opposite. I was wondering if I could come and visit with you in the next few days? I have something I need to give you.” Dr. Kardashev was quiet for a few moments, and then said “Yes, fine, fine. My schedule is completely open for the next four days. But you’re not bringing me any more of that German beer are you?” Cecilia chuckled, and said “No, something important that I’d rather not discuss on the telephone. Dr. Kardashev, sounding intrigued, said “Do you want to come to Moscow or my 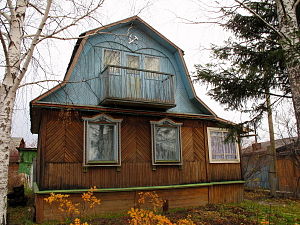 dacha in Barvikha?” Cecilia replied, “I think we’d better stick to your office in Moscow. Is that all right?” Nikolai agreed, and they agreed to meet in three day’s time. Cecilia then said “This will make a lot more sense when I get there. You’ll have to trust me on this.” Nikolai laughed softly and said, “That is fine. I will see you when you get here,” and the call ended.

Cecilia walked out of the conference room, back into Mirabel’s office. “I need to be gone for about a week. Can you ask Dr. Suarez to continue to cover my classes?” Mirabel looked expectantly at her, assuming she would say where she was going. “I’m going to visit Nikolai Kardashev in Moscow.” Mirabel was taken by surprise, but when she saw the look on Cecilia’s face, she knew enough not to ask any more questions. All she said was, “I’ll take care of it.” Cecilia then went to her office to make the travel arrangements. Travel websites made arrangements easy. You said where and when you want to go, and within thirty seconds, the website makes all the arrangements. Cecilia swiped her smart card through the slot on her monitor. The trip was paid for, and tickets came from her printer, along with security clearance and baggage tickets. Now all she had to do was get on the 14 hour Delta Flight that was Miami – JFK – Sheremetyevo on Thursday, carrying a message of national interest from the President of the United States to one of the most famous scientists in Russia. “No sweat,” Cecilia thought. Then perspiration broke out on her upper lip and forehead as the significance of her mission hit her.