The larger of the two men wrapped Van’s mouth with

duct tape. Van was blindfolded as well with a large kerchief. The driver of the van tore through the streets, swerving left and right to avoid the large potholes. They drove for what seemed like several miles before turning into what felt like an incline – possibly an 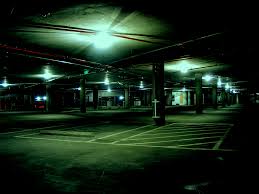 underground parking garage from the sounds outside the van. The driver parked the van, and the two men opened the sliding door, speaking to one another in Ukrainian – or Russian, it was hard to tell. The two men lifted Van and carried him out of the van, into some kind of room. They dumped him on the floor and left the room.

Van stretched himself on the floor and attempted to remove the blindfold. As he did, he saw a young man sitting at a table reading a magazine, sipping a cup of what looked like some kind of 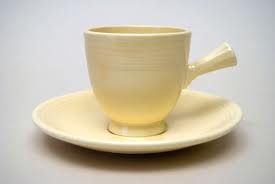 demitasse. The young man looked up and spoke to Van in the same language he’d heard from the others. Van could not respond with his mouth covered with duct tape. He pointed at the tape, and the young man came over, unwound the tape and, with a furious tug, ripped it off the side of his face. “OW!” said Van. That fucking hurts!” The young man motioned for Van to sit in the other chair at the table. He poured him a cup of whatever he was drinking. It was a dark, sweet liqueur-laced coffee. Van nodded his thanks at the young man.

The two of them sat at the table for about forty five minutes per Van’s watch, which showed it was nearly 10 PM. Van attempted to engage the young man in conversation, but it was clear he spoke no English. The magazine he was reading looked like a 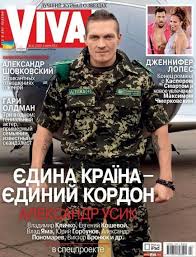 Finally, at nearly midnight, Van heard noises outside the room. The door burst open, and a half dozen men in camouflage walked in. They weren’t carrying any weapons – at least none Van could see. A moment later, another man came in and looked around the room. He barked at the others, who promptly cleared the litter from the table. This man was obviously in charge. He stared at Van, and offered him a cigarette. “No thanks, I don’t smoke.” The man put the pack in his breast pocket.

After several moment, the man said, “I am 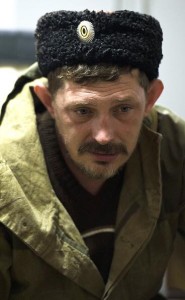 Vasili Kharkov, the leader of Right Sector here in Donetsk. I understand you had dinner tonight with Zaki and another man. Is that correct? Van responded, “I am a war correspondent. I work for the New Yorker magazine. Here is my identification,” and Van pushed his identification card forward so the man could see it. Kharkov scanned the picture and the credentials. He said, “How do I know these are authentic? How do I know you are not a spy from the 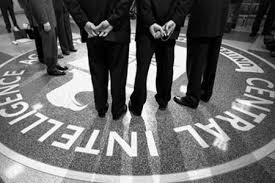 CIA?” Van was surprised by Kharkov’s words. “The CIA? No! I’m a journalist. I write for a magazine. If you have a computer, I’ll show you what I have written. Kharkov snapped his fingers at the young man seated at the table – the same young man that had been there when Van arrived. The young man got up, and walked over to a shelf in the corner. He withdrew a 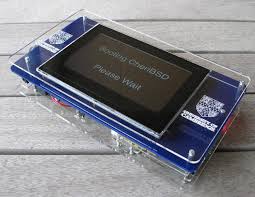 computer tablet, and returned to the table. Kharkov instructed him to look for the New Yorker in Ukrainian. Just as Bohdan had done for Zaki, the young man retrieved the magazine’s website. Kharkov lifted Van’s id and said something to the young man that ended with ‘Van Collins’. The young man entered his name into the search space. Just as it had with Bohdan, “Who Killed Kitty Genovese” appeared on the screen. A picture of Van was included as an inset in the article.

Kharkov appeared satisfied that Van was telling the truth. He said, “So – you are here to interview the rebels. But you have no interest in telling the Americans about 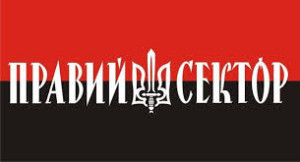 Right Sector? Why is this?” Van replied, “My guide and interpreter suggested I interview Zaki. I will be happy to interview you as well, if you are the head of Right Sector. How do I know that for sure?” Kharkov smiled, and then laughed out loud. “You will not see my picture on any website, like the rest of those whores in Kiev. I am a man of action – a man of the people and the streets. But I assure you – nothing happens in Donetsk that I don’t know of it. Zaki takes credit for resisting us, is that not correct?” Van replied, “Yes. He said there is a cease fire with government troops, but not with Right Sector. He calls your group 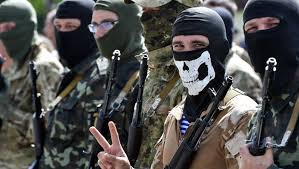 neo-Nazis.” Kharkov considered this, and said, “Those who shoot down an entire airplane of women, children and

scientists say we are Nazis? That would be amusing were it not so tragic. We are not Nazis, or Fascists, or anti-Semites or any of the other things the Russian media have suggested. We are patriots, attempting to reunify our country, torn apart by Russian adventurism. Ukraine is an independent country, and it is our job to see that it remains so, and does not return to the Russian sphere of influence.”

Van had pulled his notebook from his pocket, since his Ipad was too big to carry around. He wrote down what Kharkov had said, showing him his notes afterward. Kharkov said, “You misspelled my name – it has an ‘h’ after the first ‘k’.” Van noted the correction, and then put the notebook on the table. Van said, “I am just beginning to understand the nature of this conflict. Bohdan explained to me about how Stalin removed the 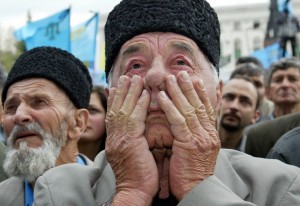 Tatars that had lived here for a thousand years before they were replaced by Russians. But I also understand why the current residents don’t want to give up what they have. So who’s right? It seems like everyone is right and everyone is wrong.”

Kharkov said, “Ah, spoken like a true American. Who are you to say who is right and who is wrong? Were you Americans right to massacre tens of thousands of what you called 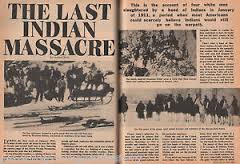 Indians in order to occupy the western portion of your country? Was it right that you invaded the sovereign country of Iraq for no reason other than the rumor of weapons of mass destruction, a rumor which proved to be false? You Americans have no right to claim the moral high ground. Don’t you agree?”

Van said, “I don’t claim any moral high ground. I’m just saying I don’t fully understand this dispute, except for what I’ve been told. Now you’ve told me another side of the story. I can report that to the American audience. But to be quite frank, Americans are not all that interested in the fine details of this disagreement. All they know is that there are a bunch of men running around Ukraine dressed in camouflage, carrying guns, and shooting at one another. I suppose you could say you all look alike to us.” This last statement gave Kharkov a huge belly laugh. “I see. Well, at least you are honest. But tell me this: if America does not understand our disagreement, why do you seem to side with the rebels?” Van replied, “The rebels seem to think we side with the Ukrainian government, which I suppose is theoretically on your side. But maybe not – you tell me.”

Kharkov thought that through. “We have a good relationship with the government, as long as they do what we say. Our leader in Kiev,

Dmitro Yarosh, knows and understands the politics in Kiev. He makes sure the government does what we say. But when they deviate from our wishes, then we have to threaten them with force to get them to comply. You understand.” Van thought about what Kharkov had said. “Well, if what you say is true, then could I say that Right Sector is a shadow government?” Kharkov said, “Labels – everyone needs tidy labels. But let’s say that Right Sector is the action arm of Ukrainian unity. Yes, I believe that will do.” Kharkov picked up the carafe of coffee. The young man brought another cup. Kharkov poured himself a cup, and drank. He refilled Van’s cup.

Within an hour, Kharkov, the young man and Van had consumed the entire carafe of the coffee, and half of a refill. Everyone was feeling warm toward one another. Kharkov introduced the young man at the table as his son, Yuri. Van said, “Yuri – isn’t that a Russian name?” Kharkov explained, “Yes, I admit it, Yuri’s mother was Russian, and she loved the 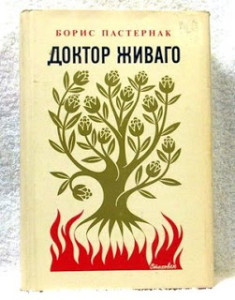 book Dr. Zhivago. After independence, she got a video tape of the movie – the one with the 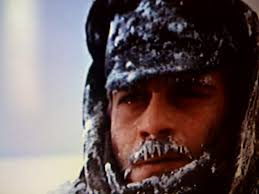 Egyptian actor playing Zhivago? She must have watched it a hundred times – so many times eventually the tape broke. She died of tuberculosis in a 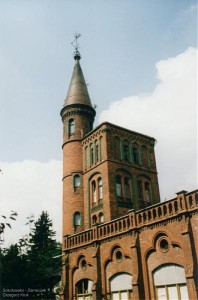 sanitarium near Lviv. But that was long ago.” Van was nearly as drunk as he was the night he phoned Remnick to accept the assignment. The more he drank, the more he felt he understood the conflict. Russian’s intent to dominate Ukraine – a country captured for Russia by 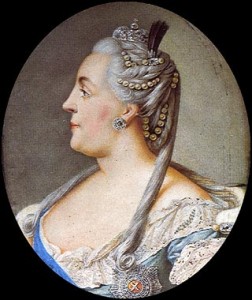 Catherine the Great in the late 1700’s – has been a continuous part of Ukraine’s history for ten generations. The country was often split between west and east, generally along the 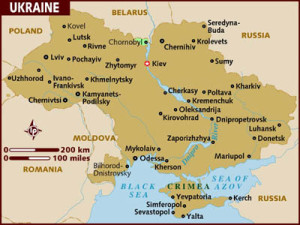 Dnieper river, with Russia claiming the east, and the west claimed at various times by Poland, Austria and Lithuania. What was occurring now was clearly a civil war that would decide the fate of Ukraine, either as a member of the EU or part of a loose federation of states under Russia’s influence. Time would tell. But in the meantime, one of the members of Kharkov’s group produced an ancient 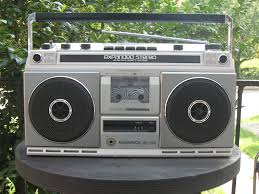 boombox. A tape was reverently inserted into the box. Van heard the wail of an accordian, beginning a mournful dirge. Then it kicked off into a quasi-rock beat. All the members of Right Sector sang along to the tape, many with tears in their eyes. When it finished, Kharkov said, “That was the Donetz waltz. We confiscated that tape from Zaki’s boys, and learned the song. It is sad, no?” Van agreed it was sad. But all Van could think about now was going home, back to his quiet life away from this sad place, and to reunite with

Catherine. He’d made up his mind – when he got home,he was going to ask her to marry him. It seemed like the right thing to do.