“To die, to sleep –
To sleep, perchance to dream – ay, there’s the rub,
For in this sleep of death what dreams may come…”
― William Shakespeare, Hamlet

Cecilia was staring at her middle computer screen, lost in the complexity of a difficult piece of equation. Mirabel came into her office cubicle with a concerned look on her face.

“What’s up?, Cecilia asked, turning back to the screen.

“Cecilia, you need to talk with your mother…she’s calling to say your Abuelo has collapsed and been taken to Mercy Hospital..they think it’s his heart.”

Cecilia looked at Mirabel, unable to comprehend her words for a moment, then forming them together into a coherent thought.

“Oh my God,” she said as she grabbed her purse, looking inside to make sure her keys were there. “I need to go.”

“Wait, Cecilia – talk to your mother.” Mirabel punched the button on Cecilia’s phone, handing her the receiver.

Cecilia’s mother was talking and crying at the same time.

Her mother snuffled, saying, “Your grandfather was taken by ambulance to 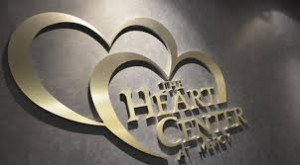 Mercy Hospital about 10 minutes ago. He collapsed in the garden, and I didn’t see him…I didn’t see him until..” She broke down in ragged, raspy tears once again.

Cecilia asked, “Mamita, could you please calm down?  Tell me: was he still alive when they took him?”

Her mother replied anxiously, “Yes, I think so..Cecilia, go to him, please..you are his favorite and he said he must talk with you. Then they put him in the back of the ambulance. Oh my God.” She lapsed back into hysterical tears.

Cecilia said, “I’m going”, and handed the phone back to Mirabel, her close friend and co-worker. “I have to go to the hospital…I will call you when I know something.”

Cecilia ran out the back door of the 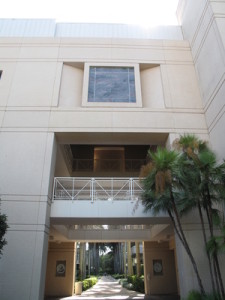 Physics Building at the University of Miami, threw her purse on the front seat and started the engine of her aged Honda Civic. She tore out of the parking lot, took U.S. 1 north to 17th Avenue, turned right and she was in the hospital parking lot, all within the span of 12 minutes. She raced to the front desk, asking for the Heart Center. The information clerk pointed to the sign above her head showing the Heart Center upstairs on the 2nd floor. Cecilia quickly ran to the elevator, then realized her grandfather was likely still in the E.R.. Angry with herself for being so emotional, she took a deep breath, and approached a CNA in the central area of the Heart Center.

Cecilia asked the woman, “do you have a patient here named Javier Vasquez?”

The CNA quickly typed the name into the computer, and said: “he is still in the Emergency Room. Go back to the first floor, turn right, then left, then..”.

Her voice trailed off as Cecilia headed for the stairs and back to the first floor. She found the E.R. with the help of signs, and asked that receptionist if Javier Vasquez was inside. Another set of keystrokes, and the receptionist affirmed that he was. “May I see him?”

Cecilia fidgeted, anxious for the clerk to return. The woman sat down, pressing a button which elicited a loud buzzing sound from the door.

“Go back to cubicle 4. He’s there and they tell me he keeps asking for someone named Cecilia. Is that you?”

Cecilia did not respond, but instead yanked on the door and rushed to cubicle 4.

She pulled open the curtain, and there was her grandfather. He was attached to a myriad of machines with tubes coming out of both arms, and a 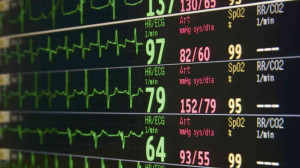 monitor beeping and and showing graphic lines for seven different vital measurements of life. Javier turned his head to look, feebly reaching out his hand and grabbed hers with surprising strength.

“Abuelo? Abuelo?” Cecilia touched his cheek, realizing the sedation drip was doing its job and Javier was asleep. Just then a nurse in paisley print scrubs came into the room.

“Are you Cecilia, I hope?”, she asked, rolling her eyes. “He has been insisting he must speak to you since he got here.”

Cecilia nodded, and the nurse said, “That’s probably why he can sleep now. You’re here. Was he awake enough to tell you what he needed to say?”

Cecilia frowned. “Yes. He said he has to go back to Cuba.”

The nurse chucked softly, saying, “that’s funny..everybody in Cuba wants to come here, and he wants to go there.”

“How is he doing?”, Cecilia asked, apprehensively looking at the nurse.”

She replied, “well, he’s stable for now. We won’t really know anything until Dr. Ramirez gets the results back from his blood work. Then they’ll most likely take him upstairs for a CCT. That will give us an idea of how much damage has been done to his heart. But he definitely had a heart attack. When he came in he showed all the signs.”

Cecilia thanked the nurse asking, “should I wait outside in the waiting room?”

The woman shook her head. “As I said, he’s stable for now, and we’re monitoring his situation.” She glanced down at her watch, and then added “It’s 4:30 now – why don’t you go home and eat something, then come back, say around 7 or 8 tonight? We should know something by then.”

The nurse patted her shoulder and said, “He’s in good hands. Dr. Ramirez is very good at his job, and we’ll make sure Mr. Vasquez is well cared for.”

Cecilia nodded, walking back out of the hospital.

She started up the Civic and went to her mother’s 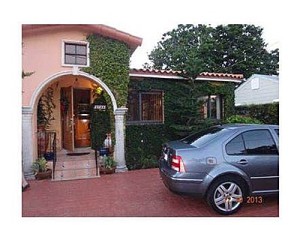 house off Douglas Road and 34th Avenue in the heart of an area heavily occupied by Cuban émigrés. Cecilia inserted the key in the door lock, and walked through the small, tidy living room, and around the corner into the kitchen. She watched her mother for a moment, stirring a pot of delicious-smelling stew and dabbing at her eyes with a wadded up tissue. Two plates were already set out on the dining table, with avocado salad and a bowl of salsa verde next to each.

Her mother turned to look at her, then burst into wailing tears.

Cecilia took her mother in her arms, and said, “I saw him in the E.R.. He’s stable for now and they’re doing tests to see how much damage has been done to his heart.”

Her mother looked up into Cecilia’s eyes, fear consuming her small, round face. “Oh, Cecilia, it’s all my fault…I didn’t see him on the ground between those two big tomato plants of his…oohh..” Her mother started to moan and shake her head.

Cecilia said, “Mamita, please, so far he’s OK. Wait for the news. That’s all we can do.”

Her mother nodded, and went back to the pot on the stove. “I made your favorite –

piccadillo, with plenty of green olives. I thought you might be hungry.”

Cecilia nodded, sitting down in her chair at the table. Her mother served the piccadillo, with a slice each of Cuban bread slathered with Plugra butter and dotted with sea salt. They ate in silence, did the dishes and then sat together on the sofa, talking about nothing in particular, trivial items just to make the time pass.

At 6:45, Cecilia couldn’t wait any longer. “I’m going back to see the doctor. I’ll call you after I’ve spoken with him.” At that moment, she realized she hadn’t called Mirabel as she’d promised. As she walked out the door, she pulled her cell phone from her purse and punched in Mirabel’s number.

Mirabel picked up after a half-ring, asking, “Cecilia – how is he?”

Cecilia related all she knew, told Mirabel she was on her way back to the hospital, and she’d call her as soon as she had an update. She drove back to the hospital, with less traffic on U.S. 1 heading north since the commuters were all heading home on the southbound side of the divided highway. Cecilia turned into the parking lot, this time in the back of the hospital adjacent to the E.R.. Buzzed in again, she went to cubicle 4. Inside, a man in a white lab coat was speaking softly in Spanish to her grandfather. The man turned, and Cecilia saw from the name embroidered on his coat that he was Dr. Nestor Ramirez.

Dr. Ramirez smiled, and put out his hand to her. “You must be Mr. Vasquez’ nieta Cecilia. Mucho gusto.”

Dr. Ramirez looked at her and said, “Mr. Vasquez is lucky he got here when he did. There is a fair amount of damage to his heart. At his age and overall condition, however, I’m afraid I must suggest you think in terms of months, rather than years of life left. I have explained this to him, and he appears to understand.”

Cecilia was a bit put off by his directness, but then appreciated his sincerity by the look on his face.

“Mr. Vasquez told me about his conversation with you earlier today. My grandfather was the same way at his end of life. He wanted to go home too.”

Cecilia turned and looked at her grandfather, who was now awake and looking at both Cecilia and Dr. Ramirez.  He sat up in his bed, straining the tubes in his arms and said, “Cecilia.” He lay back down, obviously exhausted.

Cecilia turned back to Dr. Ramirez and asked, “Is there anything else I need to know?”

He shook his head, adding “I’ll leave you two together. Call me if you need anything,” and he left the cubicle.

Cecilia sat in the chair next to her grandfather, shaking her head. “But Abuelo, mi corazón, I would love nothing better than to take you back to Cuba, but surely you realize how difficult that would be. You need an entry visa, and the Cuban government isn’t likely to grant you that because you left so long ago. In fact, I’m not sure the American government would give you permission to go there anyway.”

Javier looked at her with sad eyes, and then a steely look. “Cecilia: if anyone can create a miracle, it is you. You are a true dreamer! You must make the arrangements. You are smart and determined, and know how to get things done. We will sit on the beach together at

Camaguey and then I will be happy to die.”

Cecilia just nodded and knew that she had to find a way to provide this one last gift for her beloved grandfather Javier. He knew as well that she would make it happen, and he smiled as he drifted back to his morphine-induced dream state.