After a quick lunch of

baked chicken and arroz amarillo, Cecilia went back to the internet to do some more research. She gleaned the information she needed regarding green card holders, passports and licenses to travel to Cuba. None of it was very encouraging. A

green card holder is not a citizen, therefore they cannot get a passport. Any hope of Javier becoming a citizen was ridiculous, given the current politics of immigration. Cecilia determined that her only hope was to try to get a license for Javier to travel to Cuba. In order to get a license, according to the Cubalinda.com site, a person had to fit into some very specific categories, including having blood relatives in Cuba, or research connections with fellow scientists in Cuba. To make matters worse, in February the Cuban government said it would no longer issue travel visas because of some issue with the bank processing the fees connected to the visa.

Cecilia muttered under her breath as she continued to search the web, “isn’t it about time to lift the embargo to Cuba, U.S. government? After all, it’s been fifty four years, and it certainly did not succeed in getting rid of

Fidel.” But then Cecilia noticed the Cuban government had made an exception for humanitarian reasons. Might that not apply to an 83 year old man who just wants to go back home to die? The more she searched the internet, the more confused she got, with different information being supplied by different sites. She realized finally she had to go and talk with someone from the government to get a straight answer.

Even though it was after 3 in the afternoon, Cecilia went downtown to the 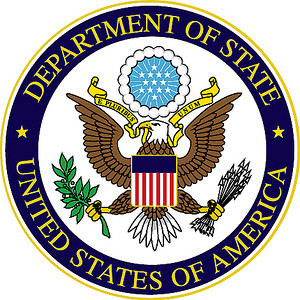 U.S. State Department office just south of the courthouse. When she arrived she consulted the list of departments behind the glass case on the wall next to the elevators. She found the office she needed was in Room 201, so she took the elevator up to the second floor. As she walked through the glass doors, she saw that there were a few people standing in line waiting, but it was not overwhelming. She took a small,

black and white ticket stub out of the red dispenser, and within 20 minutes her number was called.

She approached the woman behind the counter, said a quick hello, and then began to explain her situation regarding her grandfather Javier’s wish to return to Cuba. The woman listened politely until she had finished her explanation.

“You need to see the special consul for Cuban affairs – his office is up on the 4th floor, room 403,” the woman said.

Cecilia quickly thanked her, and returned to the elevator. On the fourth floor, there was a maze of smaller offices, but 403 was not difficult to find, just around the corner and next to the ladies’ room. Cecilia went into the ladies room to pee and comb her hair. When she came out a man was just leaving room 403. She stopped him, asking “are you the special consul for Cuban affairs?”

The man smiled, and said, “No, that individual is in his office”. He turned and pointed at the door to room 403. “I am the Consul’s chief of staff, Manuel. May I help you?”

Cecilia once again explained her situation, including the fact that her grandfather was a green card holder and wished to return to Cuba to die.

Manuel asked Cecilia, “Does Javier have any family in Cuba?”

Cecilia replied that as far as she knew, he did not.

Cecilia said her grandfather had never mentioned any relatives that lived there.

Manuel thought for a moment, and then said “Did you say your grandfather’s doctor said he had just months to live?

Cecilia replied that she was a research physicist and cosmologist working on a U.S. government project through the Department of Physics at the University of Miami.

Manual looked at her and smiled slightly, “are you an adventurer by nature?”

Cecilia also smiled, and said that indeed, she was.

Manual said, “Let me suggest you do this. You have a U.S. passport, right?”

Cecilia concurred that she did.

“Then what I’m about to suggest didn’t come from me, the chief of staff of the Consul for Cuban Affairs. Do we understand each other?”

Cecilia nodded in anticipation of what he was about to say.

“Then I suggest you go to

Grand Cayman with your passport, get a travel card to Cuba, pay the fee and indicate your reason for travel is for research purposes for your work as a scientist. There’s a turtle farm on 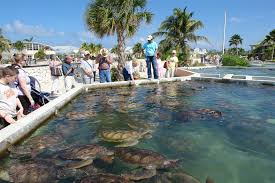 Grand Cayman – all the Cuban border agents are aware of it. When you get to the Havana airport and go through customs, mention Felix Moncada. He’s the premiere turtle biologist on the island. Tell them you are working with Felix to save the turtles. They will either let you through or turn you around, but it’s likely the only way you’ll be able to get on the island. Then once you’re there, if you can get a copy of your grandfather’s birth certificate, plus the information from your grandfather’s physician about his condition, the Consul will grant your grandfather a humanitarian license to return to Cuba. Are you willing to try that?”

Cecilia thanked him for his suggestion, as she assured him she would never divulge that it came from the Chief of Staff of the Consul for Cuban Affairs. They shook hands and Manuel began to leave, turning his head as he did and telling her “good luck!”

Cecilia went back downstairs, jumped in her car and drove to Mercy Hospital. By now it was 4:30, and visiting hours were over. Cecilia tiptoed into Javier’s room when the nurses were busy with their other tasks. She found him watching

CNN on his television mounted on the wall in the upper left corner of the room.

She quickly kissed his forehead, and asked him how he was feeling.

“Not bad for a dying man, I suppose,”, Javier laughed, but then began to cough.

Cecilia handed him the cup of water on the bedside table. He took a sip and lay back down on the pillow. “Thank you, nieta. What brings you to this old man’s bedside this afternoon? Do you have news for me?”

Cecilia said she did have news, and carefully began to explain the strategy that Manuel had suggested. At first her grandfather frowned and looked pensive for a few moments.

He turned, smiled at her and said “Yes. You go to Cuba first. See what paperwork is available that will help me get home.” But then his eyes closed for a moment, and he took a deep breath. “You should see the land of your ancestors. Cuba is a beautiful and complicated country. I wouldn’t be surprised by anything you find when you go there.”

Cecilia looked intently at Javier, asking “Abuelo, what do you mean by that?”

He shook his head and his face brightened. “Nothing, nothing! Just an old man rambling on about nothing. You go, and I hope to be out of this hospital bed and home in my own bed by the time you return.”

Cecilia again kissed his forehead, and wished him well. “I have a million things to take care of before I go – I’ll tell Mamita the plan and to bring you some decent food. Cecilia pointed at the half-eaten plate of hospital food Javier had left on the far side of his bed. You need some

ropa vieja to lift your spirits and fill your stomach. Javier nodded and smiled, sending Cecilia on her way to prepare for her trip to Cuba.