Van hurried home, splurging by taking a cab instead of the subway. He got out his laptop, and starting sending all his reference material to the wireless printer. Soon he had quite a stack of pages, which needed collating and putting into some sort of order. He was tempted to go to the refrigerator for an Amstel Light, but refrained, setting a goal of getting all the material together before he indulged in the first beer of the day. After the material was organized, he started reading through it. He sat at his desk, carefully reviewing everything he’d downloaded and even going back to the laptop when he came across another reference in his existing material.

The next thing he knew, he looked up at the window to his right, and realized the sun was setting. He’d actually sat there for over 5 hours, consuming all this material. He was both hungry and thirsty. He got up, quickly made a Boar’s Head Ham and Kerrygold swiss cheese on seeded rye bread, and drank a bottle of 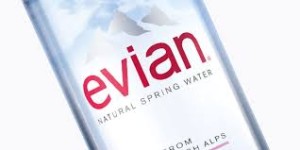 Evian instead of Amstel. He wiped the sandwich crumbs off his papers, took one last sip of water, and then started work on an outline. He had the glimmer of an idea that had eluded the other writers that had tackled the story of Kitty’s murder. He was having a hard time articulating this idea, but was hopeful it would come to him before he finished the outline.

Around 8 PM, the outline finished, he went to the fridge and took out an Amstel. He flopped into his leather chair, and thoughtfully drank the beer and went over what he’d absorbed in these other writers’ products. The harder he thought, the more elusive the perspective he was seeking became. Exhausted after the first real day’s work he’d done – probably ever – he fell into a light sleep. He dreamed he was in Kew Gardens, in an 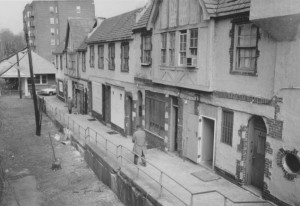 apartment complex that looked every bit like Kitty’s. He was on the second floor, looking down on the courtyard. A woman that looked just like 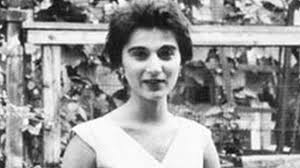 Kitty was looking up, but was silent. She raised her arm, as though entreating him to reach down and touch her fingers. Her eyes were open, and she appeared unhurt. Van shouted down at her, “Are you all right?” Kitty silently nodded yes. Then she opened her mouth to speak. “Tell my story,” she said. Van knew it was Kitty, and that she was talking directly to him. Van shouted down to her, “But I don’t know how to tell your story. And I’m afraid to try.” Van surprised himself with the words he uttered. But Kitty seemed to understand. He shouted down, “Please help me.” Again she nodded to his dream avatar. She said “Talk to them.” Van shouted to her “Who?” She said “All of them – talk to all of them. Do the hard work. Tell my story, not theirs.”

Van woke with a start, the dream still very real to him. He leaped up out of the chair, and took another look at his outline. He realized now exactly what the problem was. In all these versions, other than trivial details about Kitty and her life, the story wasn’t about her. Each story focused on the bystanders that didn’t do enough; the 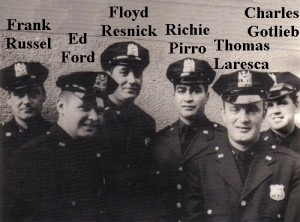 cops that didn’t respond fast enough; the killer Moseley and finally how the myth developed. Nowhere in any of these stories did the reader know anything at all about who Kitty Genovese was. Van realized that was what he, as the reader of all that material, craved knowing. Who was this woman? What did she mean to her friends and family? Was she loved or in love? Did her presence in this world come to mean anything other than as a symbol of something ugly and horrific? How would it feel to know you were such a symbol? For the first time in a very long time, Van knew exactly what he wanted to accomplish with this piece. And looking at the time he had left, and the amount of work required, he knew he was going to have to devote nearly every waking moment to its writing. And that thought – for the first time ever – made him happy.

He spent the rest of the evening putting together a list of names, and all the notes about each individual he could find. About 4 am, exhausted, he went to his bedroom and laid on the bed. After a fitful few hours of sleep, he got up, made some scrambled eggs and a pot of coffee. He ate the breakfast, grabbed his wallet and walked out to the nearest subway station. He was ready to start work. His first stop was the archives of the

NY Times. He sat in front of the digital library reader for 3 hours straight, entering names and dates and gathering more information than what he’d found on the internet. Afterward, he stopped at the Starbucks two blocks away and ate a quick sandwich and a cup of coffee. He went over everything he’d gleaned from the Times’ archives and realized how much he missed real research, rarely utilized since the ubiquitous internet force-fed him information. He realized he felt good about working – another first. “Maybe Nancy had a point – we’ll see.” Then, as though he couldn’t stand enjoying the moment, negative thoughts began to creep into his mind. “I’ll put forth all this effort, and Melissa still won’t like it, and I’ll have done all this for nothing.” But then his thoughts returned to the dream, and how real it had felt. It was as though Kitty really was speaking to him – fifty years later. His rational mind realized how absurd that sounded.

He was tempted to go back home and forget this whole thing. He even began to think about getting an airline ticket and paying a surprise visit to Maida – even about moving down to 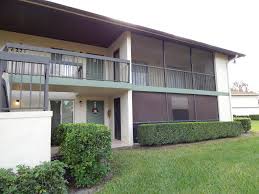 Jupiter before winter began. But the thought of living full time with her was a fate that he couldn’t even begin to envision. He decided to ‘soldier on’ – the way his self-talk put it. On to the next source of information.

His next destination was 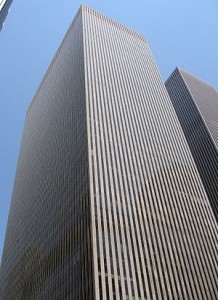 The New York Post tabloid’s office six blocks away. He went upstairs to their archive area, and sat down at a computer attached to their archives. He began entering key words and dates, but was having trouble with retrieving anything. A voice from behind him said, “You appear to be having trouble – can I help?” Van turned around and looked to see a

woman standing there, smiling and pointing at the blank screen of the reader. “Yes, I could use some help – thanks,” Van said. The woman sat in the chair next to his, and began entering the names and dates with some kind of symbols – “^” for names and “#” for dates. Magically, information began to appear on the screen, faster than Van could assimilate the information. The woman smiled, and said “They really should post instructions on how to use that machine – sorry you were having trouble.” As she began to walk away, Van began retrieving the stuff the woman had helped him access. After four straight hours, he was amazed at how much better he understood the whole situation. Leave it to a tabloid to provide all the gory details. But he still hadn’t a clue as to who Kitty Genovese was. For that, he knew a fair amount of legwork would be necessary.

He started to leave the archives, when he noticed the woman also about to leave. They rode the elevator together, and Van introduced himself as a writer for The New Republic. He told her he was working on a piece for the October issue. She nodded, wishing him luck with it. On a total impulse, Van said “Could I buy you a cup of coffee? I owe you that at least for helping me.” The woman hesitated for a moment, then shrugged and said, “Sure – there’s a 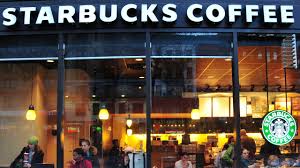 Starbucks around the corner.”

The woman introduced herself as Catherine Munvies. Van and Catherine sat in the corner of the Starbucks for nearly two hours, talking about their respective worlds, writing, films, books, philosophy and life itself. He shared almost nothing about the piece he was writing, which was the real reason he’d invited her to coffee – hoping to get some free research help from her. But after two hours that flew by, Van forgot to ask for her assistance. Another first – he was actually enjoying his conversation with Catherine, and began to hope he’d be able to talk with her again.

At 8 PM, she glanced at her watch, saying “I really need to go – I have to be at work early tomorrow.” Van stood as she left, thanked her for a great two hours, but stopped short of asking to see her again. He knew where to find her – why rush it? The truth was, Catherine was a little on the pudgy side. In the past, he wouldn’t have given her a second glance, preferring thin, dark women with sharp wit and better wardrobes. He wasn’t sure he wanted to start something with this woman, since she might get the wrong idea and think he was serious about their relationship. But at least the day had been quite pleasant – and he’d gotten an enormous amount of work done. He was excited to think about all he’d accomplished, and hoped the interviews he’d planned to begin the next day would go as well. “Geez, I might actually be able to pull this thing off,” he thought to himself. He went home, drank a beer, and collapsed on the bed. There were no dreams about Kitty – just the warm thought before dropping off that he might just give that Catherine a call anyway. What the hell?