The three years after the wedding just flew by in a blur. Van parlayed his stint on the New Yorker to bigger and better things. He was the Executive Editor at

The New Republic now, but the ‘new’ Van was a great boss, according to Melissa. He had grown a mustache, and lost the extra thirty pounds he used to carry around. Van and Catherine had two kids now – 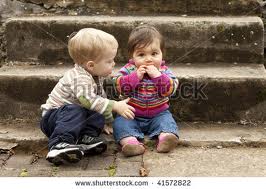 Dexter who was 2 and the 1 year old Eva. Catherine had quit her job at the Post to take care of the kids, but she was still a great asset to Van in his work. She had a real sense about stories – what worked and what didn’t. They were happy.

Van and Dexter became close friends. After Van returned from Ukraine, Dexter had come to see him to make sure he was okay, and to swap stories about life in the war zone. Dexter got his old job back at the New Yorker, after Remnick left and

Ariana Huffington bought the magazine from Conde Nast, with the proceeds from selling the Huffington Post to AOL, plus part of the cash from her divorce. So with the magazine debt-free, they could afford to take more risk. And putting Dexter back on staff as a war correspondent was definitely perceived as a risk. But with help from friends like Van and Catherine, Dexter turned his life around. He traveled throughout the middle east, always seeming to be one step ahead of the rest of the pack when it came to sniffing out where and when the 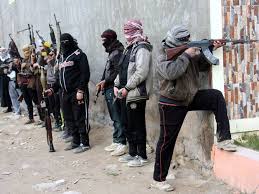 battles would start. The only thing he never did again was send a soldier ahead just to get the picture. That day in 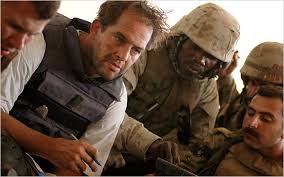 Fallujah still caused him nightmares. His drinking got out of control occasionally, but it never interfered with his work. His reputation as a hard-core war reporter grew to enormous proportion, along with the accolades that accompanied his success in the field.

Van stayed in touch with 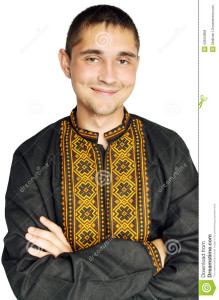 Bohdan as well. The young man did find a wife and establish a household in Rivne, a town about 325 kilometers from Kiev, not far from the Polish border. He and Vlada had two small children, 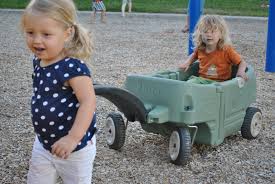 two little girls. Bohdan was a doting father and good husband, currently working for several magazines as a guide and interpreter. Van used him as a source of information for what was happening in Ukraine. After 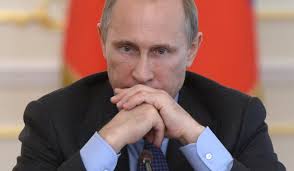 Putin was deposed in a quiet coup d’etat and replaced by an oligarch nobody had ever heard of, Russia’s interest in eastern Ukraine diminished significantly. The oligarchs ran the show, and focused on turning the dismal Russian economy around and doing something about the rampant crime overwhelming Moscow, St. Petersburg and other large cities. Zaki had long ago been replaced by a string of other anarchists, thugs and criminals, with the rebellion eventually burning itself out. But Ukraine was still of interest to the intelligent readers of TNR, and Van made sure Bohdan’s updates were given plenty of space, particularly in the on-line version.

But all was not entirely well in the Collins household. In spite of all his success, and his love for his wife and children, Van knew there was something wrong at the core of his being. It wasn’t that he missed being in the war zone. One trip and one near-death experience was enough to satisfy that wanderlust. But what he really missed was that sense of being truly alive – that edge of your seat feeling when you aren’t sure what’s going to happen next. He tried to replicate it in various ways – becoming an exercise fiend, 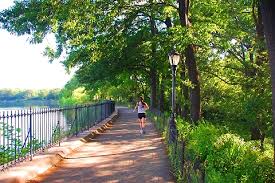 running around the reservoir every morning before the office, and working out for an hour three times a week at the gym. But he could find nothing to fill that void.

Van continued to see his Nancy, his therapist from the old days. She considered Van’s transformation to be her greatest accomplishment. But lately, she’d grown concerned about the sense of ennui he seemed to project. Nancy decided that it was a resurgence of repressed anger against his mother, and gave Van a prescription for 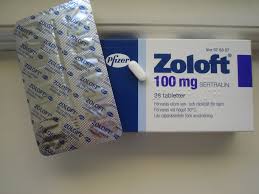 Zoloft to help him escape his unhappiness. But even after three months of taking SRIs, Van knew there was still some large gap in his life. He’d begun to think about taking assignments in places like Africa, to cover the 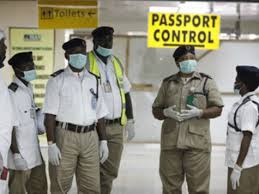 Ebola disaster that seemed to reoccur now on a yearly basis and kill more people. But his responsibilities, both at home and at TNR, kept him from pursuing that solution.

It was 6:15 on a Thursday evening. The every-three-year war between Israel and Gaza was raging anew. Dexter had texted Van yesterday that he would be going into the 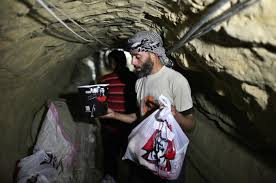 tunnels today, to talk with smugglers that continued to have their livelihoods taken away by Israeli mortar blasts. Van was just about to walk into the front door of his and Catherine’s apartment on 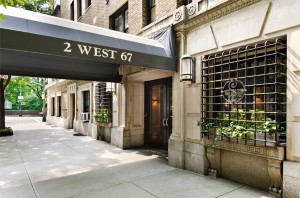 West 67th when his cell phone rang. He picked it up, and it was Catherine. She was crying, telling Van that something had happened to Dexter. She’d had the television in the den tuned to public television for the kids, when the Nightly News came on at 6, with the headline that an Israeli attack on the tunnels had seriously injured Dexter. The reporter had been taken to Gaza City’s 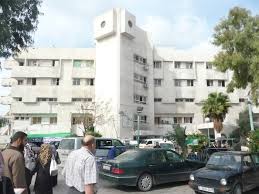 Shifa hospital, but apparently his wounds were so grave, the American military was taking him to Ramstein, Germany. He’s on his way there now.”

Without thinking twice about it, Van immediately called the hospital in Ramstein. Because he wasn’t family, they wouldn’t tell him much – just that Dexter was out of surgery for a serious head wound, and was in intensive care. Van told the hospital he was the closest thing Dexter had to family, and he was flying over to be with him. He took the Lufthansa flight that left Kennedy that night at 10 for Frankfurt. He arrived the next morning at 11, and took the shuttle bus to 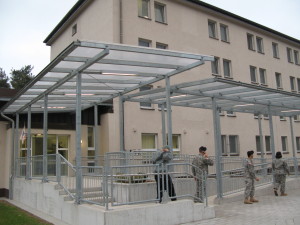 Landstuhl Medical Center. He arrived at the hospital and asked for Dexter’s room. He was directed to intensive care.

He approached Dexter’s bed quietly. There was a large bandage wrapped around his face, and it was deathly pale. IV’s ran into his right arm, and he had significant burned areas around his neck and chest. Van pulled the chair up next to Dexter’s bed and touched his hand. Dexter’s eyes fluttered open, and he smiled when he saw Van. “Hey, man – what are you doing here?” Van replied, “Heard you got yourself into a little scrape, and thought I’d come check it out and see how you’re doing. You don’t look so good buddy.” Dexter nodded, and then winced. “Those bastards knew we were there, and they bombed it anyway. Sons of bitches…” Dexter closed his eyes again. Van thought he’d gone back to sleep, but after a few moments, Dexter began to speak.

“I’ve had no life other than war since my divorce in ’05. I have no family, no real home, no kids. I have nothing that matters. I’ve been chasing these stories most of my adult life. It wasn’t worth it. But man…” Dexter stopped speaking and tried to swallow. “Give me some of that water over there…please.” Van went over to the table, and fetched the carafe of water. He put some in the cup, and stuck a straw in it. He helped Dexter lift his head, and take a sip. Dexter nodded, and Van gently put his head back down. But you know, the other day, I was in Afghanistan, talking with the Talibs that took over Kabul after Ashraf Ghani was assassinated. We went to the outskirts of Kabul to attend a loya jirga. As we drove, we passed acres of 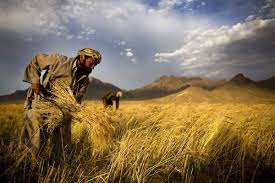 wheat fields – fields of gold. The farmers were just beginning the harvest. It was the most beautiful thing I’d seen in that country – or any country in the middle east – the whole time I was there. Man, I wish you’d been there to see it. It was great.” He asked for another sip of water, and Van helped him with the straw. Dexter was quiet, and then tears began to slide down his cheeks. “I’m sorry, man. I was just thinking about how pathetic a person I am. The only time I could feel like a whole person was when I was in the middle of chaos and bloodshed. What does that say about me? I wish I’d been smart like you – you got out before you got hooked.” Van just nodded, and held Dexter’s hand. The nurse came in to check his vitals, and to tell Van that visitation was over. She suggested he go into the room next to intensive care where there were couches and such. He could come back after 4 PM.

Van found the room, and lay down on the couch. Within minutes, he was fast asleep, having had no sleep on the plane. He awoke at 4:25, and walked back into the intensive care theatre. He went over to where Dexter had been in the bed. The

bed was empty. Van turned to the nurse at the desk, and said, “Have they moved Mr. Filkins to a room?” The nurse looked up at Van, and matter of factly said, “Mr. Filkins died of his injuries at..” the nurse glanced down at some paperwork. “At 3:05 PM. He’s in the morgue. Are you family?” Van shook his head no, and walked out of the intensive care unit. As he took the bus back to the airport, he hid behind a magazine so the other passengers wouldn’t see him crying. He took the flight back to New York, and when Catherine picked him up, he had no more tears to shed.