Van’s appointment was for 10 am; he arrived at 10:20, having gotten involved in the NY Times 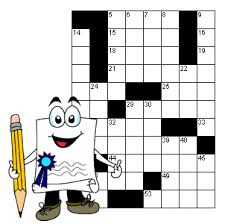 crossword puzzle at the Broadway Cafe and lost track of time. Nancy’s frown indicated 20 minutes late wasn’t cool, but she admitted him to the inner part of the office anyway. He sat down in the chair across from her usual place. Nancy said, “Well, clearly something has happened, as you were just here three days ago. What’s up?” Van took a deep breath, and launched into what can only be described as a tirade. He started with Maida, then moved on to Muriel the dog, a minor dispute with his neighbor over his leaving the

market basket downstairs for the neighbor to run into when he came in carrying some boxes. When Van paused for breath, Nancy said “OK, is that it?” Van hesitated, and his eyes searched the room for something to focus on, other than Nancy’s face. “Well, yeah, something else did happen and I guess that’s why I called to set this up.” Van paused again, and Nancy, trying to be encouraging, said, “Yes?”

Van had forgotten if he’d told her about the assignment, so he backtracked to the initial meeting with Melissa. Then he fast-forwarded to the fact that he wasn’t the first author to be tasked with the job. Then he went back to talk about how little money Melissa had given him in an advance; then forward again to the fact that she was late for their meeting last Friday, when he’d taken special pains to be there early. Nancy said, “Van, it seems like you want to tell me about something, but you keep talking around it. What has you so upset?”

Van had finally worked up a sufficient head of steam to launch into what had occurred the previous Friday. He couched it in terms that put him in the best possible light. “I thought I was doing her a favor…” or “It’s that woman’s job to edit her writer’s work, but she just couldn’t be bothered.” Finally he got down to the bare facts. “I might have

borrowed some stuff from the internet, and rather than just work with me and edit the stuff to make it look original, Melissa had a complete snit fit about it, and threatened me! She said I would never work in this town again if I didn’t start over and make this right. All that work for nothing! She wouldn’t even give me another advance. And as you can tell, I am really upset about it.”

Van finished his rant, and took a swig from his

Vitamin Water he’d brought with him, purchased from the display when he was about to leave the Broadway Cafe. Nancy was silent for what seemed like an eternity. Finally, she said “Van, you’ve been coming here twice a month for 18 months now. What did you or do you expect to get out of these therapy sessions?” The question took him by surprise, and he wasn’t sure where she was going with this. He replied, “I come here to work through my issues and I guess you could say 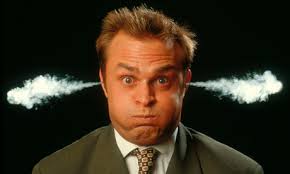 ‘vent my spleen’ so I can get on with living. Is that so bad?” Nancy again was thoughtful, and then looked deeply into Van’s eyes – probably for the first time since they’d begun their ‘work’ together. “Van, you come here to just vent, with no apparent desire to change the person you are. The point of therapy is to become someone better able to handle the ins and outs of daily life. It’s to learn coping mechanisms and frankly to try to become a better person than the one who began the therapy. But it seems clear your personality has somewhat deterioriated since we’ve been working together. Maybe I need to take some responsibility for that. I suppose I was waiting for the right time to confront your often inappropriate behavior. But the fact of the matter is, Melissa really did you a favor.” With that statement, Van felt obliged to interrupt. “A favor? Threatening to end my writing career? Oh my God, you have really missed the point of everything I’ve tried to explain to you this morning.” He sighed hard, to emphasize how disappointed he was that she hadn’t listened to him, and then took another long pull on the Vitamin Water.

Nancy again looked deeply into his eyes. “Van, I will tell you the truth. In my professional opinion, you have a clear case of what laypeople call 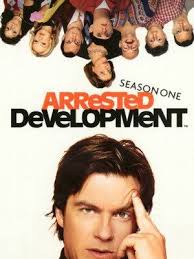 ‘arrested development’. You still behave as you likely did when you were fifteen years old. You take no responsibility for your actions, and use every opportunity to take shortcuts. You’ve destroyed every relationship you’ve ever had, and most importantly – I doubt that you have a clue as to who you really are. When I said Melissa likely did you a favor, I meant that since she took this assignment away, you need to think about the consequences of your actions and learn from your mistakes. Is that possible for you to attempt, or would you like to continue to live in a world of fantasy where you can keep behaving in this fashion and get away with it?” Van saw his opening and took it. “But she didn’t take it away! She gave it back to me and said she expected me to do a complete rewrite in ..” his eyes went to the top of his head while he counted down the time since his meeting with Melissa .. “in 23 days!”

Nancy shook her head at his response. “Well, Van, frankly I’m surprised that she did that. She’s a better woman than I, I must say. So you have a second chance to get this right! That’s great!” Van looked away, wondering if Nancy was old enough to have begun 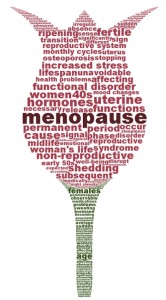 menopause, because all of a sudden she wasn’t helping him, she was attacking him…in fact behaving just like Maida who seemed in a perpetual state of menopause mania. Van replied, “Yeah, whatever.” There was a long pause while neither of them said anything. Finally, Nancy said, “Your time is up – since you were twenty minutes late, I will send you a bill for the entire hour. Now go back home, think about what I’ve said, and start afresh on this assignment. Van – I have faith that you can pull this off. Inside you, there’s a decent person looking for an opportunity to come out and shine. Let yourself shine now, dear – let it be with this assignment.”

Van rose and left the office, forgetting his Vitamin Water bottle but too angry to go back and get it. The nerve of that bitch! All women were the same; judgmental and controlling. “But,” he said – out loud on the street – “I’ll show all those bitches they’re wrong – Sarah, Maida, Nancy – I’ll show them.”