Im Emily im 10 years old. This is my page of my writing and others sets of things. This page is about virtual reality, and you could see on my grandmothers page, she is making a story about virtual reality. Well lets get started!
Ok what is virtual reality? Well Virtual Reality is something virtual in a world like MMOPG Virtual Reality Games. I recently just watched a tv show called Sword Art Online its about a boy about 17 and he has a nerve head gear head set he uses it puts it on his head and can move his whole body in a virtual world. In real life! 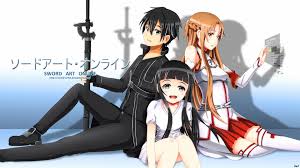 Now in real life if you look on amazon and type in “virtual reality headset” somthing will come up probably called a HMZ-T1 Personal 3d viewer about $650.00 to $850.00 Dollars to purchase it. Their expensive because im pretty sure scientists found and invented them, they allow you to do the same thing in a virtual reality world use your whole body to move around in it. Some cost thousands and thousands of dollars just to buy it!

Its so amazing how scientists can make of these things in real life and make them! This is a picture of the HMX-T1 Peronal 3D Viewer. A virtual reality headset. 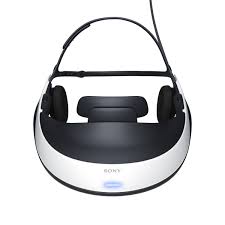