The morning was bright and beautiful as Van emerged from the

23rd Street subway station. His plan was to drop off the manuscript he’d taken to calling ‘WKKG’ with Melissa, knowing she was out of the office at an Editor’s Forum on Innovative Journalism at the Marriott Marquis. Then he’d use the Discover card to treat himself to a nice breakfast at the Broadway Cafe. He was saving the rest of the advance for the restocking of his Amstel Light. He rode the elevator to her office, and waved at the receptionist who was on the phone. He pointed to the manuscript and pointed to Melissa’s office as he sailed past. She waved at him to stop but, as was his usual way of doing things, he continued on. He left the manuscript on Melissa’s chair, so she’d be sure to see it, along with the $1,500 invoice. He hoped to come by Friday to pick up the check, since the rent would be due next week.

Breakfast at the Broadway Cafe was as good as ever, and Van took his Ipad along to read. He always downloaded samples of books from

Amazon on the Kindle App. He only purchased what he thought would be useful in his writing, for quotes or style ideas. But purchasing a Kindle book was strictly a last resort, after checking to see if the library on Cadman Plaza had it available. He was currently reading The Goldfinch, by Donna Tartt. He’d seen her interview on Charlie Rose, and thought he could use some ideas from what she had to say when it came time to work on his novel again. The book was long – 738 pages, but he liked the sample and there was a long line of people waiting to read it at the library. So Maida’s ’emergency’ Discover card came through once again. Van wondered if he couldn’t deduct the expense from his taxes, even though Maida actually paid the bill. How was the IRS to know that? He had a downloadable receipt, and what little income he had shouldn’t be wasted on income tax. He made a note to start collecting his Amazon receipts sometime soon. But then he remembered that Maida always paid his tax bill anyway, since he never had that kind of cash lying around. “Well, at least it would help her out a little bit,” he thought. But the notion of putting forth the effort to collect paperwork just to save his mother a few bucks was one that quickly disappeared as Van moved on to other issues in his life.

The thought of Maida started to give him a little headache across the bridge of his nose, extending to his left temple. She’d called yesterday afternoon, while he was taking a nap. The message was the usual whining about how he never calls her, how her finances are about to be exhausted, and when was he going to get himself down to her condo in Jupiter to visit with her and Muriel? Muriel was Maida’s 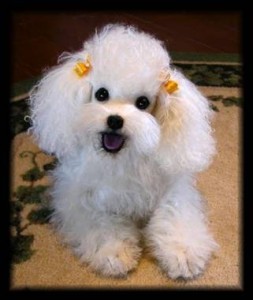 miniature white French poodle, a dog that loathed him and he returned her enmity. When Maida started talking to Muriel in baby talk, it made the damn dog bark that high-pitched, ‘fingernails on the blackboard’ noise that set his teeth on edge. He’d seriously considered drowning the dog in the condo’s pool, but frankly she was a little too fast for him to catch – at least with the amount of energy he’d put into that project. So he tried to limit his visits to once a year, usually in February when the 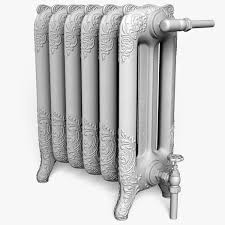 radiators were particularly balky. A week with Maida and Muriel was like a year practically anywhere else. But it was his duty as a son to visit, and he always tried to come back with something useful that he’d talked her into buying him. Last time it was the 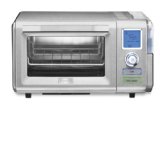 Cuisinart combination Steam/Convection Oven. He’d had a devil of a time getting the box into the overhead compartment, and nearly got himself thrown off the plane for ignoring the flight attendant’s demanding to know how he’d gotten it past the gate. He’d actually hidden it under his coat, as he was sure it would fit in the overhead. He finally got it in, after his seat-mate removed her carry-on, albeit reluctantly. Geez, people could be so selfish!

After a few hours of eating, reading and drinking 7 or 8 cups of coffee, he strolled back to the subway station. He got off at his stop, and went over to the corner market to pick up a couple of cases of his favorite brew. The clerk knew him on sight, but not by name. He paid cash for the beer, and borrowed their

cart to get it home. He’d promised to return the cart, but naturally had no intention of doing so. By the time he went back, the clerk would have forgotten, and not really cared much in the first place. So he left it in the lobby – maybe someone else needed to haul something! He was doing them a favor by leaving it there.

The next day and a half went by uneventfully. Finally, around 11 am on Friday, Melissa called. Van was excited to hear her voice, and attempted in his ham-handed way to kid around with her. But she seemed particularly tense, and his efforts at joviality fell flat. She asked him to come to her office after lunch – say 1:45? He was there at 1:30, waiting for her when she returned from lunch at 1:50. Van thought, “Hah! I have her over a barrel. She’ll be embarrassed about being late, and much more likely to agree to pay me the full $1,500! Excellent..”

Van followed Melissa into her office. As he took a seat in front of the desk, she closed the door. She opened her middle drawer and took out the WKKG 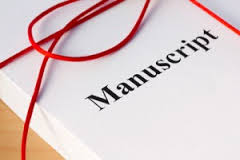 manuscript. Then she reached into her right, bottom drawer and drew out a folder. She opened the folder and took out several pages of writing. Then she handed the manuscript to Van. As he flipped through the six pages, he saw line after line was highlighted. He started to get a slightly queasy feeling, as these highlighted lines were consistently those he had ‘borrowed’ from others’ work. Then Melissa held up the pages from the folder. She said, “Do you know what these are?” Van shook his head, and had a rehearsed, quizzical look on her face. Melissa said, “These are highlights that Jen Hawthorne pulled from various sources on the internet when she was doing research for this piece.” Van still maintained his calm demeanor, but was feeling less thrilled about this conversation. He tried his first, verbal riposte. “So are you telling me I wasn’t the first writer you asked to do this piece?” He tried to look indignant. Melissa sighed, and said, “No, Van you were not the first. I asked Jen to do the prework, to see if there was enough of a story to merit the 5,000 words. She did a great job of pulling this together, and we decided the project was a go. But then she took a job at

Marie Claire, and you were my next choice.” Van saw his opportunity to strike. “Well, thanks a lot. It would have been nice if you’d told me I was second rate in your opinion,” trying to get her off balance. But he could see it wasn’t working. “Yeah, Van, whatever, but let’s stick to the point here. I’d say 70% of this piece is plagiarized from others’ work, and what appears original may or may not be genuine. So there’s really nothing of this I can use, PARTICULARLY in light of the issues in the past for The New Republic with 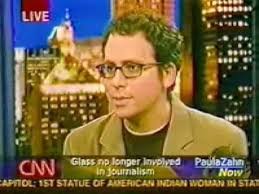 plagiarism. Did you really think this was going to work?” Have you never heard of Jonah Lehrer? Stephen Glass? Jayson Blair? Melissa had worked herself up into a snit over this thing. Van stayed silent for a few moments, and then said, “So do you want a rewrite, or can you work your magic as an editor on this thing?” He’d put the sentence in that order, so that she’d respond to his request for help. Melissa shook her head, as though what he’d just said was astounding. “I am not hearing this! You are so…bloody unbelievable!”

Van gave her a few minutes to calm down. Then he asked again, in a slightly different way, “So what do you want to do?” Melissa rubbed her temples, and sighed. “I am not going to take this…” she snatched back the manuscript …”away from you. I am giving this back..” – she handed WKKG back to him – “..and I’m directing you to write the piece. An original, fresh, actual piece of journalism. Frankly, I’d rather not do this, but my neck is on the line here too, since you’re my second writer and the piece won’t be fresh if we don’t get it to the October issue. So you’ve lost two weeks of time. You need to get this done, done right, and done fast. Otherwise, there will be no more work for you, here or likely anywhere else when the other magazines get a copy of this..” – she pointed at the manuscript, which was starting to wilt in his hand ” – “..piece of crap. So get to work and don’t come back until it’s done and great. You’ve got..” Melissa glanced down at the New Yorker desk diary in front of her..”28 days left.”

Van thought about replying, even about asking for another advance, but he could see from her face that was not a likely scenario they would discuss. So he left her office, and went home. He had another therapy appointment the next day with Nancy, and he could share his embarrassment and frustration with her to get his equilibrium back. In the meantime, he cracked open another bottle of Amstel Light, and thought about something else.