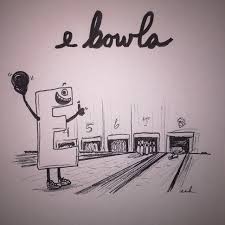 “Americans tend to think more about individual than communal rights and are understandably dubious of medical mandates that seem to be always changing. Americans also value toughness and the ability to work through physical adversity without thinking how they might end up weakening other members of the team.” Kate Murphy

This is a short story about hysteria and what happens when people stop thinking and start reacting. It is set in a small town in central Florida, called Mica. A
bowling alley along Route 441 that’s seen better days. The coffee shop within the bowling alley. It’s the only decent place in town to eat, because it’s the only restaurant in the ‘white’ section. The usuals hang out there for breakfast in the morning. A black man enters and sits at the counter. He is obviously ill, taking his handerchief out and wiping his brow every few minutes. He drinks his coffee and eats eggs & grits. Within a half hour he is gone. The waitress Tess removes the dishes and puts them in the grey plastic container under the counter. When the dishes are full, she totes them back to the kitchen for the young, white ex-con former small time drug dealer Jeremy to wash. It’s January, cold and bleak out.

Six days later. Tess calls Walt, the owner of the bowling alley, to say she can’t come to work because she has the flu. The next day Jeremy does the same. One of the regulars, Sam, asks Walt where Tess is. Walt says Tess and Jeremy both have the flu. Sam thinks about this for a few moments, then turns to Vern, and says ‘remember that black guy that was here the other day? Maybe he had Ebola. Do you suppose that could be? He looked kind of African.’ Vern, in turn, shares the notion with Jasper, and by the time it hits the local newspaper, the Mica News, the headline is “Ebola comes to Walt’s 10-pins?” The details are sketchy about the man, but the nature of his illness makes people afraid of getting whatever Tess and Jeremy have.

Nobody will go to Tess’s house. She is a middle-aged woman, single, raised two kids on her own after her husband Bill left with her co-worker Sally, never to return. Tess is running a fever of 102, and can’t stop coughing. She decides to go to the walk-in health clinic to try to get some of that flu medicine you have to take before you get too sick or it won’t work. When she gets to the door of the clinic, the door is locked. She sees people inside, but nobody will let her in. She knocks; finally, the doctor comes to the door with a mask on. “Go home, Tess. You can’t come in. We are afraid you might have Ebola. Go on in to Shands and get tested.” Tess leaves, gets in her car and drives away.

Meanwhile, Jeremy’s flu has caused his old asthma to reoccur. He can hardly breathe it’s so bad. Two years in that cold cell at Raiford didn’t help his lungs any. Within a day, he is in severe distress. He rents a room from Mrs. Myers, who hears him wheezing and goes upstairs to see if he wants some hot soup. She sees he’s in distress, and offers to take him to the same walk-in clinic that turned Tess away. He gets in her car, and the same thing happens to him at the clinic. Mrs. Myers is now afraid she has been exposed to Ebola. She takes Jeremy to the hospital in Gainesville, drops him off, and goes home.

A week passes. The rumor starts around town that Jeremy has died. This is sure evidence that this is Ebola. A committee that includes the mayor and two town counselors go to Mrs. Myers house. They arrive at her door with masks on. They tell her she cannot leave her house until 14 days have elapsed. She protests, and tries to leave. They don’t want to touch her, for fear of getting the disease. One of the town counselors has brought a gun. He points it at her, and tells her to get back in the house. The three men take turns standing guard at her house, to ensure she doesn’t leave. Mrs. Myers has enough food for a week. After that time, the wives of the three men leave food for her in packages – grits, corn meal, other dry foodstuffs – not enough for a person to live on. Mrs. Myers begins to have symptoms – a cough, and a rash on her hands. This is clear evidence of Ebola. Now she’s in big trouble – they won’t let her out, and she already has COPD. She tries to reason with the one standing guard at 3 in the afternoon. He says he has his orders. Mrs. Myers knows she’s in trouble because of her COPD, and tells Jim she has to leave or she will die. She begins to walk toward her car. Jim has the gun and his orders. As she puts her hand on the car door, Jim squeezes one off, thinking to scare her into returning to the house. The bullet strikes Mrs. Myers in the back of the head, dead center of the amygdala. She dropped to the ground next to the car. Jim calls the mayor on his cell phone.

Two days later, Jeremy strolls into the diner. All heads turn, and recoil at the sight of him. He asks Walt for his job back, but Walt says no – his presence would be bad for business. Walt tells Jeremy the rumor was he’d died of Ebola. Jeremy says, “I had the plain old ordinary flu. They kept me for a couple days at Shands because of my asthma. Then I stayed with my old buddy Mark until I was strong enough to come back. I’m fine – really. Two days later, Tess returns. She went to Jacksonville and stayed with her mother. She said “I had the plain old flu – nothing more. Mom took care of my and I got better. I’m ready to go to work. Walt replies that he’s already replaced her with a younger, faster girl.

The obituary for Mrs. Myers appears in the Mica News the day after her death. The only doctor in town – the one that operates the walk-in clinic, defines her death as by ‘natural causes’. Tess tries to sell her house, but after three months, gives up and walks away from her mortgage. She moves in with her mother in Jacksonville. Jeremy can find no job in Mica, the town where he was born and has lived all his life. He goes back to Marks’ house in Gainesville, and picks up his small time drug trade and habit. Within six months, he’s dead of a heroin overdose. The mayor and town counselors are given a proclamation from the rest of the town counsel for “keeping Mica safe” from Ebola. Life goes on.